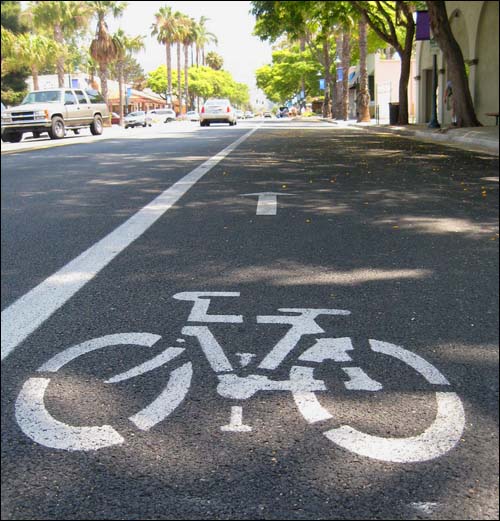 This is truly  bizarre. In the United States there are now increasing incidents of marginal right wing protesters who are absolutely convinced that sustainable development projects, such as expanded public transit, smart energy meters and bike lanes, are part of a large secret United Nations plot to control all citizens and deny private property rights.

The disruptive local protests at city council meetings across the land are a twisted reaction to a resolution called Agenda 21, a non-binding measure passed by the United Nations back in 1992; but in the last few years the extremists have gained momentum with the rise of more militant groups, like the racist Tea Party and rabid climate change deniers.

The United Nations measure was designed to encourage all member nations to use fewer resources, implement sensible sustainable urban planning measures, and conserve remaining green spaces. The suggested guidelines are just another tool for nations to use to help mitigate climate change and our planet’s dwindling resources, but somehow the suggestion of sensible conservation, utilizing science and empirical data utterly infuriates some fringe elements.

In Maine a project to ease congestion along the Route 1 corridor was thwarted after protesters complained it was part of the United Nations plot. Other ignorant extremists helped to doom a high-speed train project in Florida, and many regions have now removed all funding for a program to better measure and reduce carbon emissions.

The New York Times recently reported on this weird phenomenon of a tiny minority of vocal misinformed citizens attempting to prevent much needed green public projects:

“Across the country, activists with ties to the Tea Party are railing against all sorts of local and state efforts to control sprawl and conserve energy. They brand government action for things like expanding public transportation routes and preserving open space as part of a United Nations-led conspiracy to deny property rights and herd citizens toward cities.

They are showing up at planning meetings to denounce bike lanes on public streets and smart meters on home appliances — efforts they equate to a big-government blueprint against individual rights.”

I am not certain if these right wing groups are desperate to cling to their contrived plots and uniformed conspiracy theories because they fear change,  or do not want to accept any measure of responsibility for the environmental mess we are in. Perhaps more energy efficient high speed rail and bus transportation just sound too much like commie socialism to these people? Unfortunately, this kind of destructive obstinance by a handful of fearful angry misguided individuals only serves to hurt us all.