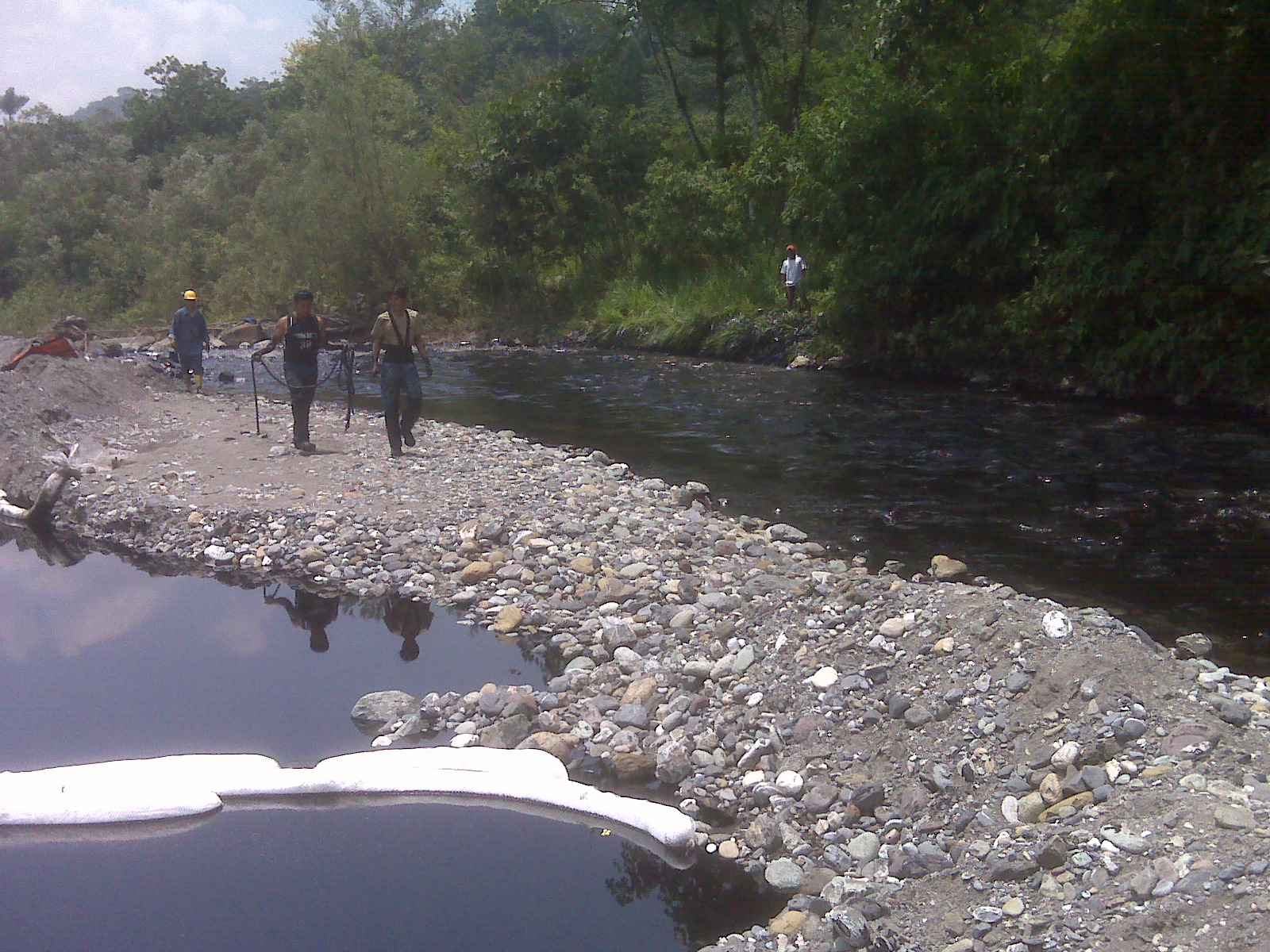 In the Napo region of northeast Ecuador, the nation’s second largest oil pipeline leaked tens of thousands of gallons of crude oil.

The pipepline company’s website described the leak as being due to ‘natural causes’.

American environmental scientist Douglas Beltman witnessed the amount of oil in the Santa Rosa river in the area and was quoted in a Reuters update, “The river was completely covered with oil from bank to bank.” (Mr. Beltman was generous enough to provide some photos taken of the spill for this story.) About 100 workers are cleaning up the area and a spokesperson for the pipeline company, Oleoducto de Crudos Pesados Ecuador, said the leak had been contained.

Ecuador’s environment has suffered a number of spills over the years. In 2002, the BBC reported that Ecuadoran activists told them spills have released more oil over the last 30 years there than the total amount of the Exxon Valdez disaster. An article published in 2006 seems to confirm the large number, “the country has reported 117 oil spills.”