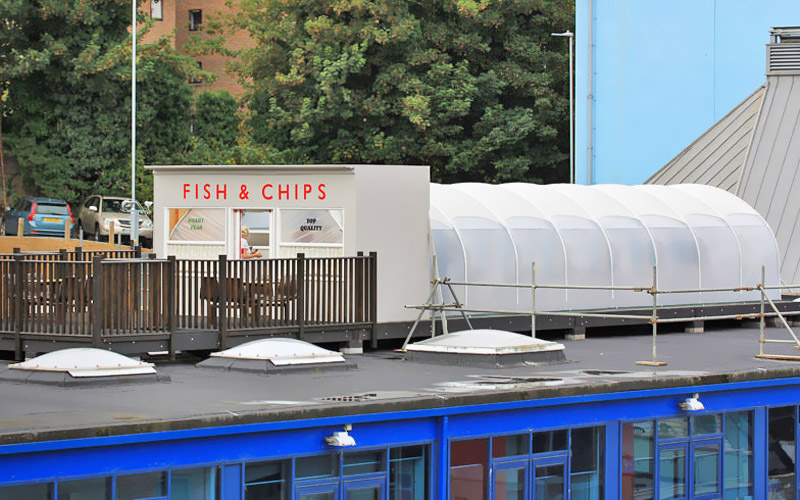 Green roofs and rooftop farming are some of the latest buzzwords of green architecture, but the guys behind Something & Son in Folkestone, England are taking it a step further. They’ve set up an advanced aquaponic system on the roof of their building, and they’re using the fish to help raise potatoes. In other words: it’s a fish and chips restaurant.

Something & Son have literally built a Fish & Chips style storefront on the roof of their building, and are using it to draw attention to their aquaponics-driven rooftop farm. Still, it’s more of an arts project than an up-and-coming restaurant. “We wanted to find out how the traditional fish and chips would be produced in the future,” says Something & Son co-founder, Paul Smyth. All the same, the group expects to serve up its first serving of rooftop-grown fish and chips later this year.

While no one’s suggesting that we all use the green space in our new condos to start rooftop fish farms, it’s definitely an interesting twist on the aquaponics concept (which, usually, keeps the focus solely on the produce). What do you think, dear readers? Do rooftop fish farms have a future, or is this one-off art installation destined to remain a one-off? 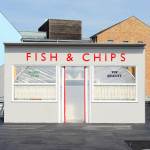 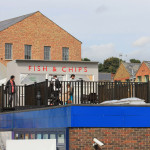 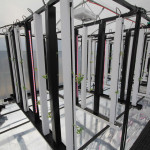