Beautiful Asheville, North Carolina is known for many things. Most recently it was dubbed “Beer City USA”, and was part of the scenic filming locations for The Hunger Games. Other then Asheville’s celebrity notoriety, our region is also famous for its bountiful array of diverse foraged edibles and medicinal plants, and is now taking eating wild one step further by opening the first entirely wild crafting public market  in the United States.

Wildcrafters from around the region are planning to converge weekly  to sell edible and medicinal mushrooms, and plants; the new venture is being hosted by The Afikomen Project directed by Alan Muskat, and the location has yet to be announced.

The market will  include wild foods education and foraging classes, as well as providing a weekly community space to come meet local foraging experts to answer questions or to help identify wild mushrooms, medicinals and foods. No exact date has yet been finalized for the eventual opening of the market, but it is expected to begin in the spring, and run for nine months out of the year. 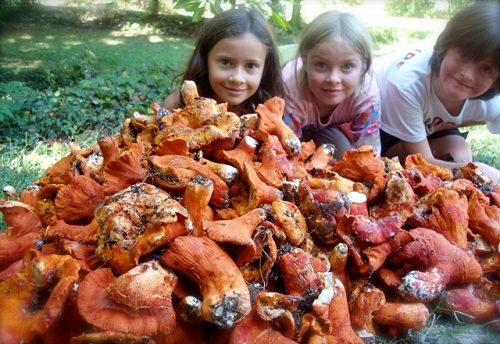 The idea for a wilds food and medicinal market in Asheville is not new. Local wild foods celebrity, “philosophorager and stand-up comedian“, Alan Muskat, as well as many other regional wild crafting venders, have wanted to bring foraging to the public in the way of a market for years. The inspiration comes from the rich local environment. Asheville sits in a relatively abundant part of the country for wild forageables. In fact, one recent report from the North Carolina State University suggests that the area has as many as seventy-five economically viable forage-able species. 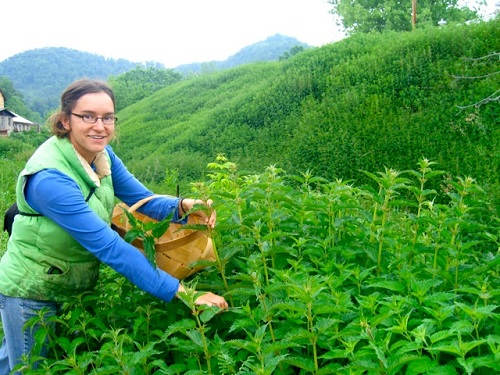 In contrast to the abundance of wild foods, Asheville also struggles with the ability to feed its residents. Many of our citizens suffer from hunger and food insecurity. In one recent survey, one in five residents could not afford enough to eat. Alan Muskat explains:

“The problem’s not new; the figures were the same the year before. Note that the problem isn’t the food supply but paying for it. Even in Asheville, which bills itself as a Foodtopian Society, there’s no free lunch, nor enough friends, enough caring and community to keep everyone fed. What a shock.

I’ve always had far more food than I can handle. I feed myself directly from nature, where produce is always local, organic, fresh, and free. Where I shop, you get what you don’t pay for…there are mountains of food right in front of us. WNC doesn’t need to depend on the discards of corporate agribusiness; we are entirely capable of culinary if not economic self-sufficiency. Regular people can feed each other; we can feed ourselves. And we can make money doing it.

We live in a Garden of Eden. If we would only recognize our kinship with each other and all living things, we’d see that the Earth is providing more than enough for her children. Don’t slight the hand that feeds you! Like the psalm says, ‘can God prepare a table in the wilderness?’ I think the answer is clear.” 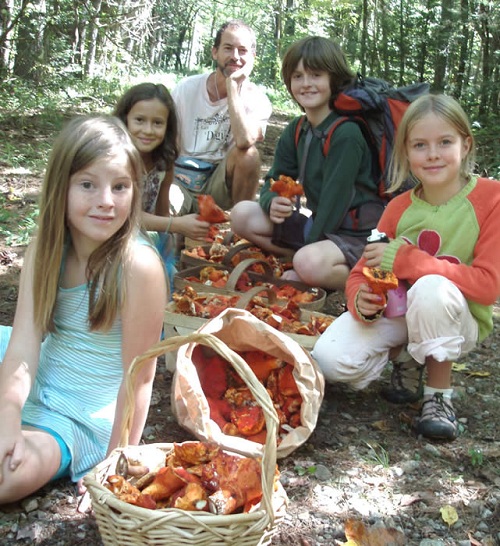 Alan Muskat, aka The Mushroom Man harvesting mushrooms with a group of children.

Muskat’s comments are most poignantly insightful. Why do some starve in the middle of such abundance, and what will it take for communities nationwide to address our expanding local food deserts? Hopefully opening a wild foods market is only one step in the ongoing process of addressing our nation’s real Hunger Games, but each small step we make is more sustainable progress. For more information about this exciting new market, Alan Muskat can be contacted at 273-8075, or through his website No Taste Like Home. 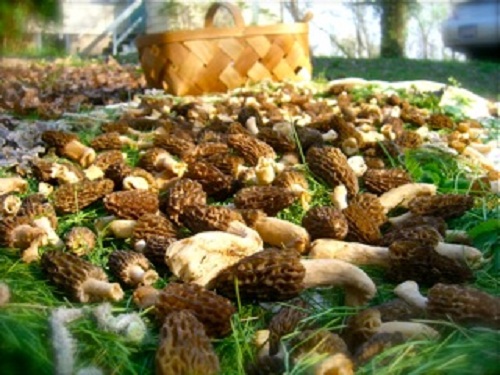 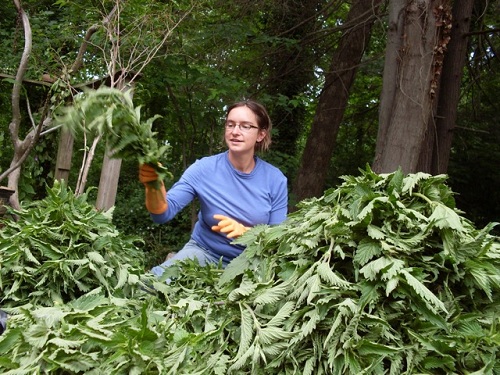