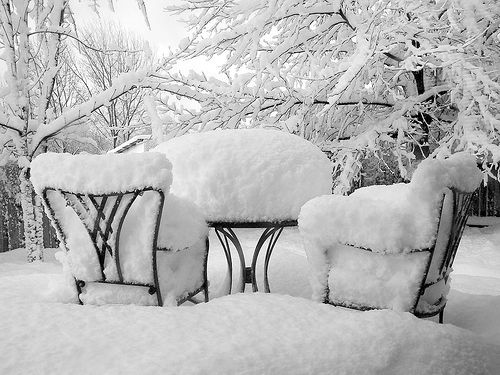 Give people a little winter weather and they cry out that global climate change is a myth.

Well, unfortunately, that is not the case.

Before we get too excited about the cold weather, here are a few things to look at, including the fact that the scientist who said we were entering “global cooling” doesn’t really say so at all. 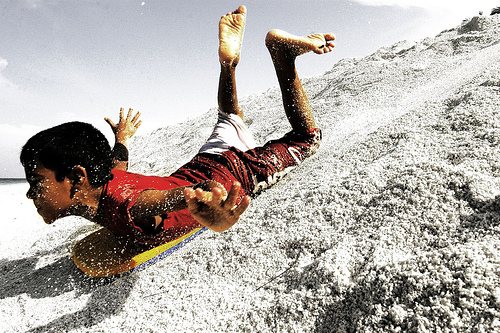 2nd Hottest Year on Record, at End of Hottest Decade (So Far)

Throughout the year, as I was keeping up with the climate change news, I also saw several articles talking about how we were actually entering a cooling phase. As the year comes to a close, we can see clearly that it hasn’t started yet!

2009 was the hottest year on record in the southern hemisphere and tied for 2nd hottest ever globally. This is coming at the end of the hottest decade on record, too. As part of that, we did see record lows, but (in the US, at least), there were more than twice as many record highs.

And, despite recent cold weather in some places — much of the US and Europe — you can see in one of my recent articles on our sister site CleanTechnica that other areas of the world are seeing much warmer temperatures and the global average has been higher than normal.

This is all despite a huge drop in sunspots in recent years and despite the fact that it was only a medium-strength El Niño year. With a stronger El Niño expected in 2010, some (Hansen and the UK Met Office) are predicting that 2010 might be the new hottest year on record.

It is largely the work of Dr. Mojib Latif (one piece of work, actually) that has had headlines on some mainstream news sources saying that we are entering a period of global cooling. However, as Climate Progress reports, “Anyone who thought Latif, head of the Ocean Circulation and Climate Dynamics Division at the Leibniz Institute of Marine Sciences, was not a firm believer in human-caused global warming and the threat it poses, missed his 2009 book, Climate Change: The Point of No Return (The Sustainability Project). And they missed the NPR interview where he said, ‘If my name was not Mojib Latif, my name would be global warming. So I really believe in global warming.'”

In an effort to clear up the misunderstandings or misinterpretations of his work (which many media sites don’t seem too eager to clear up), Dr. Latif has this to say:

Given all the warnings about and plans to forestall global warming, people may be surprised to find, over the next several years that, over parts of the Northern hemisphere, summers are no warmer than before, maybe even a bit cooler–and that winters are as cold, or a bit colder, than they have been in the past couple of decades.

This is because the climate may go through a temporary halt in warming. It’s nothing unusual, just a natural fluctuation. It doesn’t mean that global warming is not still at work, or that we no longer need to worry about global temperatures rising by as much as 6°C by the end of the century — an unprecedented warming in the history of mankind if no measures are taken to cut global carbon dioxide emissions.

Furthermore, he writes that none of these findings are surprising to a climate scientists and they say nothing about the long term climate change or global warming trend:

The past record of globally averaged surface air temperature illustrates how gradual warming and short-term fluctuations can operate side by side. The temperature ups and downs superimposed on the 20th century warming trend reflect the natural variability. To some extent, we need to ignore these fluctuations, if we want to detect the human influence on climate.

Consider, for instance, the mid-century warming that was observed from 1930 to 1940. Had forecasters extrapolated into the future, they would have predicted far more warming than actually occurred. Likewise, a brief cooling trend, if used as the basis for a long-range forecast could erroneously support the idea of a rapidly approaching ice age.

Natural climate variations may be produced by the climate system itself. A well-known example is El Niño, a warming of the Equatorial Pacific occurring on average about every 4 years. The record El Niño 1997/1998 helped to make 1998 the warmest year to date. The last year happened to be a moderate El Niño year, one reason, for instance, for the weak hurricane season in 2009. Volcanic eruptions and fluctuations in solar output can also bring temporary climate change. The Philippine volcano Mt. Pinatubo caused a temperature drop in 1991. And an increase of the solar radiation reaching the earth contributed to the mid-century warming.

We predict the coming years may see two natural oscillations, the Pacific Decadal and the Atlantic Multidecadal Oscillation, swinging into their negative phase, leading to a cooling of sea surface temperatures in large parts of both the Pacific and Atlantic. A temporary halt in the global warming trend may be the consequence — nothing surprising to a climate scientist.

It is also possible that the current El Niño, combined with the long-term warming trend, takes us to record temperatures this year — again, nothing surprising to a climate scientist.

And if you thought the Hadley/CRU data that many predictions use were making global climate change seem bigger than it is likely to actually be, think again. More accurate data actually show even more disturbing trends.

If that doesn’t calm your excitement about the possibility that we are entering “global cooling”, I don’t know what will.