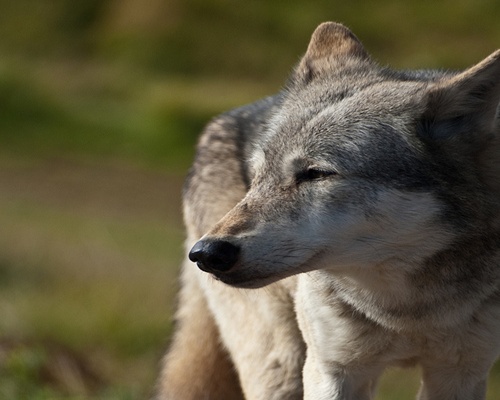 There’s an email currently circulating around that features a wolf shot in the Drayton Valley area in Alberta, Canada. There’s no doubting that if the photograph is real, it could be one of the biggest on record, though an official weight has yet to be documented.

The timber wolf was hunted by a bear hunter, and rumor has it, this was following a recorded attack upon a black bear by the large canine. While accounts of this wolf have varied – with some stating that it weighed as much as 600 lbs, a better rough estimate of its weight by apparent wildlife experts has placed it at around 235 lbs. 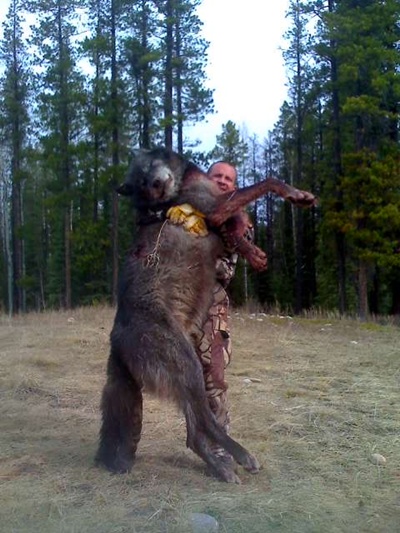 Though some are still questioning the true existence of a timber wolf around this size (the increased ability of individuals to manipulate with Photoshop and other software programs leads to reluctance), if in fact the wolf weighs in at this size it would be recording setting. Previously, the biggest wolf on record was 175 lb Alaskan wolf reported in 1944.

Unfortunately, focus upon this wolf issue has begun for the wrong reasons. In addition to the email chain that’s circulating, the wolf is a hot topic amongst hunters on hunting forums online. While there may be others out there like it, it is possible that this wolf, if reports are true, was an anomaly. Rather than being hunted for sport, it could have been studied in a natural setting for research purpose and an increased understanding of the evolution of the species.

Fact or fiction – the hype surrounding Alberta’s enormous timber wolf does make us wonder what other species are living among us that we’ve yet to discover. What do you believe?

Image Via: Flickr User PublicEnergy with a Creative Commons License