India’s Vulture Population Has Plummeted from 40 Million to 60,000 – Poisoned by Drug Diclofenac 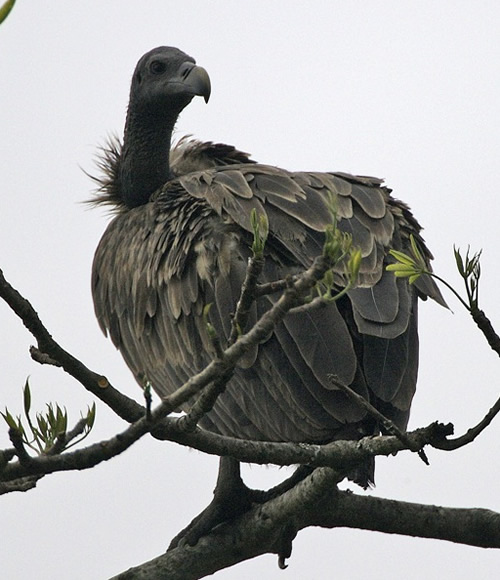 Three species of Gyps vulture are in danger of extinction – poisoned by the use of diclofenac in livestock. India, Nepal, and Pakistan have lost 95% of their vulture populations.

As recently as the early 1980’s, there were approximately 40 million vultures in India, comprised of nine species. Now there are only 60,000 of these important scavengers left. Captive breeding efforts are in progress, the last hope of saving these birds from extinction.

The alarming population decline was first observed In the late 1990’s by the Bombay Natural History Society (BNHS), in a breeding colony of White-backed Vultures in Keoladeo National park, Bharatpur, Rajasthan.

In the meantime, the scientific community rallied around a Vulture Alert issued in 1998, and further studies were launched across additional raptor populations.

The findings of the BNHS, Royal Society for Protection of Birds-UK (RSPB) and Zoological Society of London (ZSL) found strong evidence that use of diclofenac (an anti-inflammatory drug) in livestock was poisoning the vultures.

In the course of treatment, if the cattle dies, and the vultures scavenge on these, it leads to the dehydration, visceral gout, and kidney failure in vultures within a few days. Experimentally it is established that even if less than 1% carcasses contains diclofenac, it can lead to such a drastic decline. The grim picture is that over 10% of the carcasses have prevalence of diclofenac.

Ban on use of diclofenac

Based on the overwhelming scientific evidence, BNHS launched a rigorous campaign against diclofenac in 2003, urging the Government of India to ban its use, in an urgent plea to save the remaining vultures from extinction.

In May 2006, the Indian Government ordered a “halt to the production and sale of the veterinary drug diclofenac within three months.”

An alternative drug, Meloxicam, was found to have no adverse reactions in vultures.

Captive breeding programs to save critically endangered vultures from extinction

By bringing some vultures into captivity, their lives can be saved and once they start breeding, they would augment the population. The vultures will be released back in the wild once we are sure that there is no diclofenac available in the system.

Vulture breeding centers are operating at Pinjore in Haryana, Rajabhatkhawa in West Bengal and Rani in Assam, supported by the Royal Society for the Protection of Birds (UK), the Zoological Society of London and the Peregrine Fund (US).

Captive breeding of vultures has been met with some opposition, partly because nestlings and sub-adults are to be collected from wild populations.

Vultures are extremely difficult to breed in captivity. They mate for life, and produce just one chick per year, after maturing at four years of age.

Recently, a Slender-billed Vulture (Gyps tenuirostris) made history as the first of its kind to be born in captivity. The chick was hatched at the breeding center at Rajabhatkhawa forest in West Bengal.

The important role of vultures in the environment

Vultures feed exclusively on the carcasses of dead animals. This prevents the spread of diseases such as rabies and anthrax among wildlife, livestock – and humans.

And what about the vulture’s unusual appearance?

The distinctive head of the vulture is designed especially for eating carcasses; a fully feathered head would be difficult to keep clean from the blood and body fluids encountered in corpses.

Next: Is Decline in India’s Vulture Population Linked to Spread of Rabies in Humans?