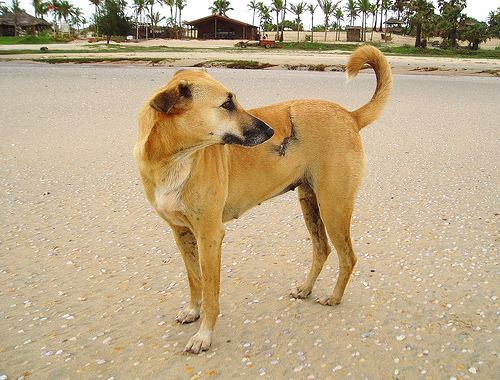 The Central Ministry of Environment & Forests (MoEF) in India has launched a plan to sterilize over 8 million dogs over the next ten years. The mission: to eradicate rabies from India as quickly as possible. It is estimated that each year over 20,000 people die of rabies in India while at the same time over four billion rupees (close to 80m USD) worth of vaccines against rabies are being imported by the country every year.

The move, which has so far received a good response from society as well as animal welfare organizations is indeed a right step and a better option than the mass-slaughter practice currently used in neighboring China.

The problem of stray dogs in India has been persistent for several decades. It is more prominent in urban areas with high population density. Rabies is a global problem and incidents of varying magnitude are reported from time to time. Thus efforts of all sorts are made to curb the disease all over the world. In India, the common practice is to check the number of stray dogs and keep them in specially made kennels. However, both the lack of funding and the right skills for sterilization are often roadblocks in eradicating rabies.

With the launching of this program, the above issues will definitely be resolved and it will also give an impetus to all animal welfare organizations nationwide to successfully carry out stray sterilization. In fact the very program of the MoEF has been conceived after the newly appointed Union Environment Minister Jairam Ramesh released the book on Standard Operating Procedures for Sterilization of Stray Dogs Under the Animal Birth Control Programme, published by Animal Welfare Board of India (AWBI).

The AWBI has been working in the Southern Indian metropolitan area of Chennai and has already been successful in making it a rabies-free city. If implemented effectively, we’d soon have a rabies-free India!

Image By Gregor_y via Flickr over a Creative Commons License