Stephen Colbert Has New Species Named After Him 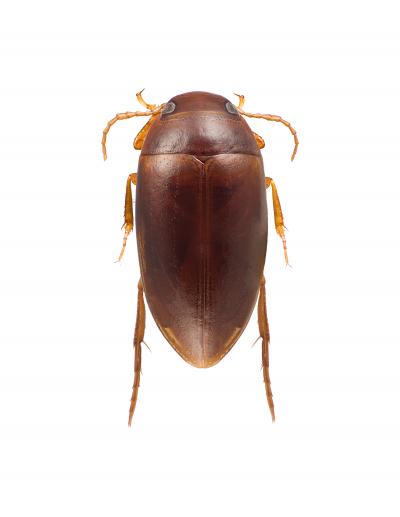 Researchers at Arizona State Univerity and the University of New Mexico have named a Venezuelan diving beetle Agaporomorphus colberti in honor of the humorist.

One of the outstanding features of the species is the genitalia of the males. “This new species is similar to members of a clade within the genus exemplified by A. knischi…and unique in having similar, extremely complicated male genitalia…”

Quentin Wheeler from ASU remarked, “Last year, Stephen shamelessly asked the science community to name something cooler than a spider to honor him. His top choices were a giant ant or a laser lion. While those would be cool species to discover, our research involves beetles, and they are ‘way cooler’ than a spider any day”.

Wheeler and Kelly Miller from UNM have named several other species in honor of Roy Orbison, Darth Vader, George Bush, Dick Cheney, and Donald Rumsfeld. Science currently holds there are about 500, 000 known beetle species, with perhaps 1.5 million yet to be discovered.

Because so much natural habitat is being deforested and developed, scientists face an enormous challenge in identifying, classifying and studying new species before they are driven into extinction. At the same time they conduct research, they also must alert the world to the importance of saving the species they study.