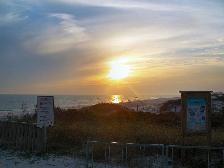 The Sunshine State might have a lot of catching up to do when it comes to solar energy installations, but it’s now on a fast track toward big improvements.

The tide began turning when Gov. Charlie Crist, a Republican with a strong environmental sentiment and an affinity for renewable energy, first took office. Then came the debut earlier this year of Florida’s largest solar panel array to date, a 250-kilowatt installment in Sarasota County.

And now comes the news that Florida Gulf Coast University (FGCU) in Ft. Myers has been singled out by state lawmakers for an $8.5 million allocation to build a 16-acre solar farm on its campus. While the funding still needs a final OK from Crist, who’s likely to approve, the money would help FGCU construct what would be the largest university-based solar farm in the world.

Once the allocation is cleared by the governor, FGCU officials plan to move forward aggressively, with plans to begin construction in October and finish by next summer. Upon completion, the state-funded solar farm is expected to provide 100 percent of the campus’ energy needs.

While that project alone could save the school $22 million in energy costs over the next three decades, university officials have even greater ambitions. In addition to the state funds, they hope to collect enough private donations to cover the cost of another solar array that could generate one further megawatt of power.

With developments like this, Florida’s energy security future looks a little brighter every day in comparison with the UK’s falling profit returns.