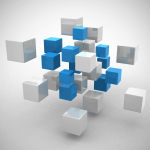 It’s time for nuclear and coal to step aside, there are some new players on the energy stage. As fossil fuels run out, and carbon emissions warm the earth, renewable energy is going to become even more important.

The average consumer stands to benefit as well. As technology improves, energy from renewable sources is becoming cheaper than energy generated using outdated methods. That’s good news for you, for me, and for the planet. Lets check out some of the technologies that are paving the way towards a greener future.

The Most Promising Technologies in the Renewable Energy Field

There are a couple of different ways to harvest the power of the ocean’s tides. The most common is to use an underwater turbine. This is similar to a turbine that we use to generate electricity from the wind. However, there are several advantages of a tidal turbine.

Tides are predictable, which means electricity companies can count on a steady supply of energy. Water is also stronger than wind, which means more energy can be generated. Also, underwater turbines spin slower than wind turbines. That means that they are less likely to hurt marine life.

While this technology has been around for more than forty years, it’s enjoying an increase in popularity today. Water is taken up from thermal sources below the ground. This water is very hot, anywhere from 150 to 320 degrees Celsius. As it comes up from the earth, steam forms. This steam is then used to turn large turbines which generates electricity.

Historically, there have been problems because this type of energy production has depleted groundwater reserves. However, advances in technology have allowed companies to pump the water back into the ground after it has cooled. Plants that do this can now be considered to be creating a 100% renewable energy.

This decrease in price is really exciting because it means that there are going to be lots of new opportunities to use solar power. More people are going to be able to afford to power their homes through the use of solar energy. That means cheaper energy for the homeowner, and less harmful emissions for the planet.

Who are the Major Players in the Renewable Energy Game?

The UK and South Korea

Marine generation technology is becoming a hot ticket item in the UK. The government, working with private contractors, has ten tidal generation arrays planned for completion by 2020. These will be spread out at eight different ideally located sites around the UK.

In fact, a UK company has designed a new wave fence that can work in shallower and slower moving water. They claim that one day this technology will generate electricity cheaper than offshore wind farms. This planned one kilometre long fence will supply 30 megawatts (MW) which will be enough to produce electricity for 30,000 homes.

If they built a 10 KM long fence, that would be 500 or 600 MW, which would be equal to a small nuclear reactor. This new way of capturing tidal energy has a minimal effect on marine life, and can work in all sorts of different areas.

Today, the Philippines gets 27% of all its energy from geothermal sources. That makes it the second largest producer of geothermal energy in the world. The Philippines is second only to the United States, which has a significantly larger population and energy demand than the Philippines.

In 2014, 32.8 TWh of energy was generated from solar panels in Germany. This is a small part of the country’s estimated 582.5 TWh demand. However, solar energy production is increasing every year, and is already more than many other countries. At the moment, there are over 1.4 million PV (Photovoltaic) solar systems in Germany.

More than a quarter of all electricity in Germany was generated from renewable sources in 2012. That number is growing, and is rapidly approaching one third of all energy production. Today, Germany employs about 370,000 people in the renewable energy resources sector.

Which Countries are Moving Towards 100% Renewable Energy Usage?

Today, 48% of all energy in Sweden is generated from renewable resources. Of that, 95% of it comes from hydropower. In addition to that, since 2000, Sweden has seen more than a 1,000% increase in its use of wind power. Currently, there are more than 2,000 wind turbines in the country. That’s impressive for a nation which only has a million more people than New York City.

In keeping with its dedication towards using only renewable energy, Sweden has a very ambitious goal of having a 100% fossil fuel free fleet of vehicles by the year 2030. Progress has been slow so far, but they are continuing to look for new ways to make this goal a reality.

A Swedish company has also developed a new kind of solar panel which is incredibly efficient. It captures and uses about 34% of the sun’s natural energy. This is double what most panels on the market today are capable of.

Denmark is well on its way towards meeting its goal of getting 50% of all its energy from renewable energy sources in 2020. It has its eyes set on using 100% renewable energy by 2050, a goal that it seems ready to meet.

Offshore wind power is currently the cheapest type of energy in the country. That’s really awesome because it means citizens are going to demand more of it, instead of being motivated to use fossil fuels for financial reasons.

Scientists have estimated that wave and tidal energy could provide 20% of the UK’s needed energy supply. Combined with other renewable energy sources, this could help to propel the UK to a place where it can get all its energy from renewable sources.

Wind power has seen a huge increase in popularity in the UK. It now provides enough energy to power 6.7 million households, and 9.3% of all electricity came from wind in the UK in 2014. This is a really impressive percentage, and it only continues to increase. Combined with marine and solar power sources, the UK has the potential to be a country powered by completely renewable energy sources.