Statistics released by the Department for Energy and Climate Change (DECC) on the morning of August 4th revealed that solar power is the most popular renewable energy with today’s public. With some 81% of surveyees saying that they support solar installations and only 6% saying that they didn’t, solar comes in as more popular than every other renewable, by nearly 20% over the next most popular renewable, wave and tidal energy.

Despite recent cuts by the DECC, which will end subsidies for 5kw and smaller PV installations a year early, and cuts in April to reduce those for larger installations, PV power somehow still tops the most supported list, and it’s not hard to see why.

Improving solar technologies mean that newer solar panels are more efficient and can produce more power with the same sunlight. With some cities, like Bristol, even running city wide projects to help control and ease the addition of lower voltage power into the grid, some areas are even taking the burden of wasted power with storage systems and batteries. Technologies for domestic and commercial solar panels, including better battery systems, like split inverters, which allow pv panel installations to work on multiple parts of a roof, and increased solar efficiency, solar is becoming more attractive to domestic installers by the year, subsidies or no. 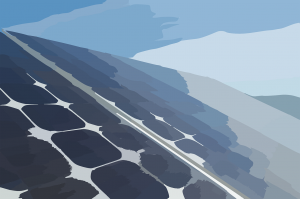 While most citizens aren’t willing or able to install a windmill in their backyard, solar panels are readily available to anyone who has the time, money, or drive to get them. With falling prices, pv panels are roughly half the price they were just three years ago, and prices are continuing to drop. Plus, payment plans and free panel options, where you can earn and own panels within 5-10 years, make solar panels attractive to even those who can’t afford them.

While smaller 2-4kw systems installed on domestic rooftops don’t provide enough power for most homes, they do allow homeowners to provide some of their own, and offset their carbon footprint, even if returns aren’t immediately evident. Because larger 10kw systems can provide a great deal of energy for the average home, solar can also provide real returns over time. In fact, solar energy output has more than doubled since 2012, thanks to more domestic and commercial installations.

Most importantly, it’s not just a feel good campaign for people who want to help the environment, solar is performing above expectations for companies like Foresight, who report gains for their solar investments of 7.4% over expectations in the 6-month period ending in June 30, 2015. While profits are expected to drop after subsidies for installations smaller than 5kw ends (subsidies for larger installations ended in April), solar still performs well enough to pay for itself within 10 years or less in most cases, and much sooner in many cases. 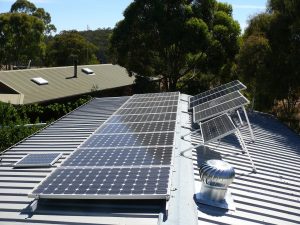 While solar alternatives like biomass, fuel, nuclear, and even fracking are supported significantly more by the government, they are all significantly more dangerous, and higher maintenance than solar. The public is realizing that, as most would be hesitant to say they wanted a nuclear or biomass plant in their neighborhood. Solar panels, on the other hand, actually raise the value of homes, without adding any additional dangers, making them an attractive source of renewable power.

While the government may be tapering down support for solar and other renewables, which may result in fewer commercial investments, the public is all in favor of solar panels powering their homes.