The Energy and Climate Change have made cuts to the renewable energy subsidy, which will be ending a year early, which has many people discussing whether renewables like solar are too expensive, or not reliable enough to compete with fuel or biomass power. While energy company Drax, who provide some 7-8% of the UK’s power express clear disapproval of solar while promoting their own biomass, solar has its own benefits in terms of a low carbon footprint and increasingly lower prices that make it more affordable, and easier for everyone to invest in. While removing subsidies and grandfathering might reduce investments over the next few years, it won’t stop solar from continuing to provide energy. In addition, companies like the Renewable Energy Association and KPMG are more than confident in the ability of solar power to continue to thrive.

Can Solar Be The First Subsidy Free Renewable

The Renewable Energy Association is also involved with a 10 point plan designed to help solar on its way to being the first subsidy free renewable in the UK. Despite the Energy and Climate Change cutting solar subsidies a year early, the plan outlines how a grid strategy, combined with government tax breaks and regulated tariffs could allow solar to continue to thrive despite a lack of subsidies.

Solar is a Growing Technology 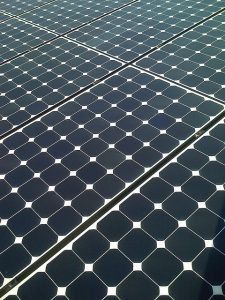 While some old solar panels only have a very low efficiency rate, some of the more modern ones have high efficiency rates of as much as 40%. Multijunction solar cells literally capture almost half of the solar energy they are exposed to, as opposed to many older solar panels that capture only 15% or less of the energy they are exposed to. Because newer, more efficient solar panels will continue to come onto the market, solar will continue to become more efficient, providing more power, with the same amount of sun exposure. Of course, it’s not all about capturing energy, it’s also about storing it.

Today’s system uses an uneven feed into the power grid, which in itself, creates problems. On July 3rd, some 16% of the UK’s power needs were met by solar power, but only for a short time during the afternoon. In addition, solar farms were actually paid to turn off their power and not use it, so that they did not destabilize the power grid. Alternate options like storing this power in better batteries would completely solve this problem. Improved battery storage systems, capable of storing this power and feeding it into the grid as it is needed would completely solve problems of this nature. 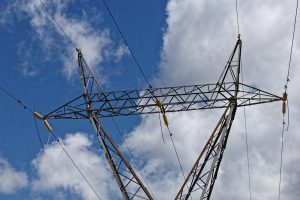 Because solar farms are paid for feeding power into the grid and paid if they waste that power rather than using it, the main problem is actually the strategy rather than solar power. The same problems apply to many other renewables, but especially wind power, who’s energy output varies depending on the weather. Because this is also true of solar, the problems apply to both. For that reason, the Renewable Energy Association is calling for a coherent national grid strategy that would decide how to handle these power surges, or how to prevent them with planning, storage, and capacity changes. The national grid strategy would also decide how much renewable energy the grid can currently handle. When combined with programs like a net metering scheme, similar to the ones currently at use in the U.S., storing power would allow solar farms to collect solar energy and then submit it to the grid as needed.

Solar Isn’t There Yet, But It’s Getting There

Solar typically only provides somewhere around 2% of the UKs energy, and last year, it was even lower at 1%. This means that most solar panels average at about 10% efficiency. However, with rising solar efficiency, improved storage, better policies, and adjustments to how solar power is processed and regulated onto the power grid, our use of the sun’s energy is only set to improve. With that in mind, it will continue to grow and thrive despite a lack of subsidies.