The State for Energy and Climate Change proposed massive cuts the subsidies for both commercial and domestic solar installations in an effort to save money for the government, but recent studies show that it could do anything but. The subsidy reductions, which are set to prevent the UK from going nearly £1.5 billion over budget by 2020, have already reduced the UK’s solar market. The effect has been noticeable, as the UK is out of the Ernst & Young Renewable Energy Country Attractiveness Index for the first time in the ranking’s history, applications for new solar farms have dropped off substantially, and the solar job market is alrea 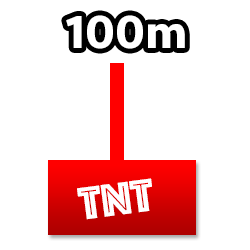 dy showing signs of slowing down. The REA estimates that this will lose the UK some 15,000 jobs, as well as £94 million in tax revenue.

Budget Cuts Won’t Save Homeowners Much

While the budget cuts are intended to prevent an estimated overspend of £1.5 billion, which will save every British household roughly £6 per year on energy bills per year, they could also be doing more harm than good. The solar economy isn’t expected to collapse, not with earnings set for 20 years, in fact, most expect a boom of solar installations until the end of the year, as homeowners scramble to lock in the current Feed in Tariff rates before the tariff drops by 87 percent. After that, solar panels won’t become truly cost effective until they drop some £800 in price, but with costs already 40% lower than when the Feed in Tariff was introduced five years ago, that drop isn’t far off.

However, government support has been one of the major reasons for the fall in solar pricing, and while it will continue to drop after subsidies are reduced, experts predict that investment companies will lose faith in not only the British solar industry, but also in the economy. Major solar investments in the UK have already bailed out, or sold their solar farms, after announced changes, and they may be the first, but are not expected to be the last.

The result is an estimated 15,000 lost jobs as a conservative estimate, which, according to the Renewable Energy Association of the UK (REA), will cost the UK in tax benefits, and insurance payments. The REA estimates that the UK will miss out on £94 million in payments, which, while not anywhere close to £1.5 billion, is still something. With some experts suggesting that the lost jobs will total closer to 25,000, £94 million could be a conservative estimate as well. These savings are all taken into account without considering the economic benefits of employing these workers.

In addition, most homeowners can save significantly more than £6 per year using solar energy, as can businesses, with the addition of solar panels on their roofs. With an average return of 10-15%, and lower solar panel costs, and some areas offering already offering near break-even returns on the current cost of panels, solar subsidies are not as necessary as they once were, but their loss will still impact the market, and a great deal. The government is still pushing for solar rooftops, with an eventual goal of zero carbon output, but the proposed subsidy cuts will slow that goal down, and make it harder for many homeowners to afford solar. See if solar panels are still a worth while investment in 2015 here.

Are you looking for solar panels? See out solar calculator to get prices and savings estimations now.