Urban Spaces, Global Ideas, and the Silencing of Sait Tuzel

The urban landscape contains a wide variety of spaces and opportunities for its residents. Ample choices exist within urban spaces to explore social interactions, cultural exposures, lifestyle practices, and media influences. Some authorities, however, silence individuals who grasp at the opportunities that the urban landscape has to offer. 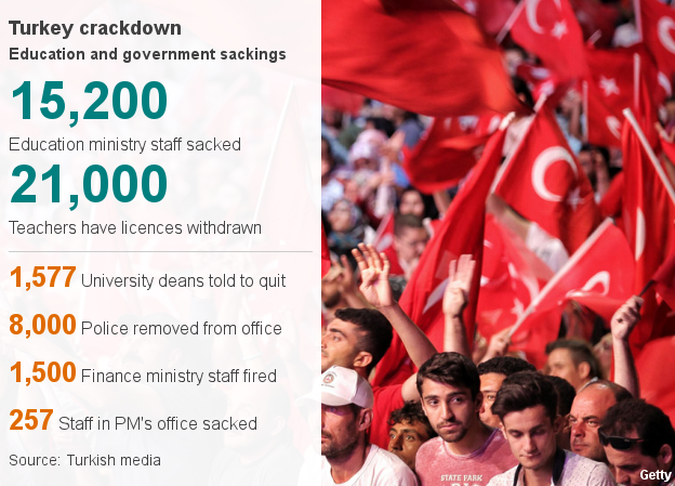 The signs and symbols of an urban society, often referred to as “semiotics,” represent important contemporary, temporal artifacts. Strod and Mpendukana look at semiotic moments as socially invested distributions of resources: the material, symbolic, and interactional artifacts of a society’s mobility. Semiotic urban signage has ethnolinguistic vitality (Landry and Bourhis) and becomes a site of urban identity construction and representation.

Within an urban backdrop, we have recently seem more and more individuals, even entire groups of individuals, who no longer accept a status quo of supplication and acquiescence to urban authorities and governance. Instead, as Steger and McNevin recognize, “The city acts as an entry point to a new spatial analytics of contemporary ideological forces.”

When does the confluence of urban semiotic access to ideas and external factors incite change? What is it about urban spaces that stimulate voice among its citizens? What happens when authoritarian forces clash with the democratization of ideas which the urban landscape cultivates and nourishes?

A Voice for Digital and Media Literacy: Sait Tuzel

Sait Tuzel was a Visiting Scholar at the University of Rhode Island’s Media Education Lab until 2015, when he returned to his home in Turkey and his faculty position at Canakkale Onsekiz Mart University. Sait’s area of interest examines digital and media literacy education as a dimension of language arts education. He helped to create and lead a teacher-training conference on media literacy education in Antalya for more than 150 teachers from all across Turkey. The conference was funded by RTUK, the Turkish government’s communications ministry.

The urban and linguistic landscape, with its various forms of social representations of individual voices and collective identity, becomes a powerful means of generating active participation in symbolic creation of meanings and messages. Yet ideas like Sait’s that emerge through ethnolinguistic complexities can be made invisible when some forms of language are excluded.  Forces within the Turkish government seem to have disaffection for and disregard of social media multimodality as represented in Sait’s and others’ scholarship.

Multimodal representational genres can constitute a response to social and economic struggles within urban and linguistic landscapes such as those that exist in Turkey. Urban and linguistic landscapes propagate and produce particular ideologies through their semiotic artifacts (Lanza and Woldemariam). Sait’s analysis of the place of digital and media literacy in Turkey and for Turkey’s youth is consistent with research being done at hundreds of universities around the world.  It is important work, as the role of signage, symbols, and written digital and media texts is crucial to understanding the contemporary urban cultural climate of Turkey. It is also indicative of the construction and restructuration of urban space in times of political struggle and social transformation.

On August 7, 2016, Sait Tuzel was detained by Turkish authorities. Since then, he has been held away from his wife and children in one of Turkey’s chronically overcrowded prisons. Sait is part of an imprisonment of thousands of Turkey’s journalists, judges, and academics. The government of Turkish president Recep Tayyim Erdogan has linked a failed coup attempt with Turkey’s intellects.

According to the Committee of Concerned Scientists (CCS), these intellectuals had nothing to do with the coup, did not agree with it, did not participate in it, and their scholarship likely preceded the coup situation.

Turkey is a case of a Muslim-majority country that has known an experience of representative democracy which, until most recently, was uninterrupted since WWII. However, Turkey had to demonstrate political evolution and transformation as a membership precondition for entry to the European Union. This precondition unexpectedly illuminated the underlying anti-democratic tendencies and tensions in Turkish politics. Anti-democratic tendencies are contradictory to the historic legacy of Mustapha Kemal Ataturk, the first President of Turkey.

According to LaPorte at CNN, the Turkish government holds a religious group led by the U.S. resident cleric Fethullah Gülen responsible for the July 2016 coup attempt. Since that time, the Turkish government and university administrations have continued targeting an Academics for Peace movement with the pretext of purging Gülen affiliated individuals from public service. According to the founder of the Media Education Lab, Renee Hobbs, “Everyone I know in Turkey is terrified as a culture of fear has taken hold, nurtured by Erdogan-inspired polarization.”

Why Digital and Media Literacy Can Shape Urban Linguistic Spaces

Students interact with their teachers, each other, and the physical urban structures in which learning is housed. That confluence of productive academic spaces influences the way that a student acquires competence in literacy, as does the consciousness or dismantling of exclusionary practices in school settings (Tupas).  Social media spaces offer additional opportunities for extensive civil society-based deliberation.

State and private enterprises commodify language and market it for consumption, thus turning the urban landscape into an “important ingredient in constructing consent and identity… for the projects of desires of powerful social interests” (Mitchell). One component of digital and media literacy and a major challenge in democratic education is teaching young people about the need to air opposing views and provide channels of expression for dissenting voices. Indeed, it is an essential part, and teachers in digital and media literacy classrooms typically support students in their attempts to produce their own media messages.

The Urban Challenge to the Globalization of Ideas

In the highly charged atmosphere of Turkey, media and critical literacy professor Sait Tuzel has been imprisoned without access to books or other reading materials. He is only able to see his wife for 30 minutes per week with a Plexiglas barrier between them.

Those of us who know and respect Sait’s work are absolutely heartbroken to think of his suffering. We understand that, in all his research and teaching, he searched for ways to use literacy learning as a mechanism to illuminate possibilities for positive human change.

Yet even implicit political activism can index contestation and dissent in situations of social and ideological conflict (Rudby and Ben Said). Digital and media literacy does involve inquiry that makes tangible to young people the legitimacy of opposition in the democratic process. It can become a microcosm of societal change as it reflects the far-reaching effects of urbanization and modernization.

In Turkey, the control of the state has attempted to reframe societal attitudes about public life due to administration of social privileges and material benefits. Yet social idealism may be transformed into political potential. As state intervention becomes more pervasive in different aspects of everyday urban life, so, too, do social dislocation and political dissent arise (Chay). These tensions, partially, can result from rapid technological development of the modern urban landscape.

According to the CCS, those intellectuals imprisoned by the Turkish government have had “a serious violation of their basic human right to fair trial and due process. Dismissed under the conditions of state of emergency, they will neither be able to appeal the decision nor work in public sector for a lifetime; their passports will also be revoked.” Their expression of the vitality of urban life may never be the same.

A Call to Denounce the Imprisonment of Intellectuals

Digital and media literacy play into the intersection of discursive formations and social spaces as reflected in the interplay of political ideologies and urban landscapes (Steger and McNevin). Sait Tuzel’s research is central to ethnolinguistic forces that speak to identity formation through literacy access.

Join us in action to help Sait Tuzel and other Turkish intellectuals to gain their freedom and voices.The CCS suggests that we ask our college, university, professional organization, or union to publish a statement in support of academics in Turkey and send it to government and university officials in Turkey. Hobbs of the Media Education Lab says we need to talk to others and inform them about the Turkish imprisonments, urge our elected representatives to petition the Turkish government to end this madness, and participate in political actions like this campaign to send letters to university rectors in Turkey.

We haven’t forgotten you, Sait.