What’s Cycling Got to Do with Digital Literacy?

Home » Blog » Bicycles » Bicycle Commuting » What’s Cycling Got to Do with Digital Literacy?

Allow me to introduce Emily Phillips, a 58-year-old who loved cycling when she lived in Europe. New to Philadelphia, she couldn’t quite afford to buy a bike. She had heard about Indego, Philadelphia’s bikeshare program. With Indego, 700 bikes are available at 70 stations throughout the city. To locate a bike, a rider accesses an app or an online station map for bike and dock availability. There are several ways to check out a bike with Indego. You can purchase a pass with credit card or cash, and you then use your electronic Indego Key to check out a bike. Or you walk up to any bike at any station and use your credit/debit card to pay for a one-time trip. 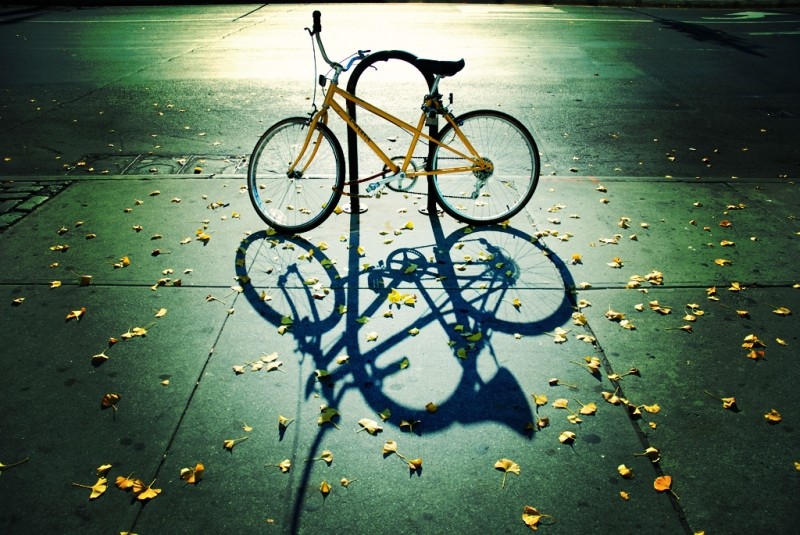 Sounds easy, right? Well, for a digitally literate individual, navigating the Indego app or website is a snap. But for Emily Phillips and other individuals who aren’t technologically savvy, using the bikeshare program can be too complicated. Forget it. Curiosity shutdown.

Back in 2014, it didn’t take long for the new grant manager of the Better Bike Share Partnership, Carniesha Kwashie, to figure out that internet access was a barrier to many individuals who wanted to sign up for Indego. “I found out that you couldn’t apply anywhere else but online,” she said. But she had a plan. Voila! Soon Philadephia had a Digital Skills and Bike Thrills (DSBT) program, and lots of people were signing up to learn digital skills at their own pace.

Their assignments relate to Indego and bike sharing. In Digital Skills and Bike Thrills, individuals participate in a month-long workshop where they learn basic computer skills at the same time as they become familiar with local bicycle law and best practices. And they can join in a group ride and learn safe cycling skill at the same time. That’s all anybody can expect, right?

Actually, the DSBT program also includes a free six-month pass to Indego to anyone who completes the course. That means no hourly fees or passes to buy while learning to gain confidence as a city cyclist.

And how did Emily Phillips do? She completed the program and says she’s been riding in Philadelphia through Indego most everyday. She getting used to Philadelphia’s particular biking culture — “How drivers drive, how bicyclists bike, how many potholes there are in the road.”

What are digital learning and digital literacy?

Digital learning is not about technology. It’s about being able to access the right tool in the most efficient way to accomplish specific goals.  To be digitally literate, a person needs to know how information is processed, delivered, and received in today’s highly connected world.

Here’s a typical digital learning standard: “Select digital tools or resources to use for a real-world task and justify the selection based on their efficiency and effectiveness, individually and collaboratively.” The Digital Skills and Biking Thrills program meets all specifications within this standard. It allows real world application of digital skills.

As reported by Anderson on Better Bike Share Partnership, Indego’s marketing team “knew by the end of the last season that the cash pass by itself wasn’t sufficient” to reach its full potential audience. Indego knew that many Philadelphians who have the most to gain from bike share access were unable to afford Indego’s prices.

So, over the winter of 2015-2016, they brainstormed ideas about a manageable and appealing discount program. The team knew that most low-income Philadelphians had already proved their income status to the state government. They had state-issued cards. Looking back, the next step seems extraordinarily easy, but it was quite new and innovative at the time of implementation. Indego gives a 67 percent discount on bike sharing memberships for anyone whose income is low enough to qualify for food assistance. So far, 687 Philadelphians have taken up the offer. Called Indego30 Access, it is the fastest-growing bike share discount program in the country. People who signed up for the Indego system this way now account for 10 percent of the system’s monthly membership rolls.

There are so many good reasons to commute on a bike. In times of fluctuating gas prices, cycling clearly wins out:  the daily cost amounts to little more than pedal power, with an equipment occasional tune-up thrown in. Lepore at Levo suggests that cycling boosts energy. You can skip the gym.  And it is part of a larger picture to save the earth by limiting fossil fuels.

Looking back to his college years in Chapel Hill, NC, CleanTechnica’s director, Shahan loved being part of bike culture. Exploring small, tree-lined streets. Experiencing the seasons as they change. He even found a solid ranking system for the most bikeable cities in the U.S.

Photo credit: moriza via Foter.com / CC BY (some rights reserved)