What is a vertical garden?  A vertical garden reaches up toward the sky, maximizing each and every inch of soil.  You train plants to grow along a trellis, or on chicken wire, or within an interwoven climbing pyramid of pots, or wound around a series of tiered garden structures. And, really, any size space can become a vertical garden, as long as there’s an adequate combination of soil medium, light, and water.   We’re now seeing vertical gardens on patios, jutting out of sidewalks in squares of soil, crawling up the side of a building— and, as you’ll see, inside a former mill. 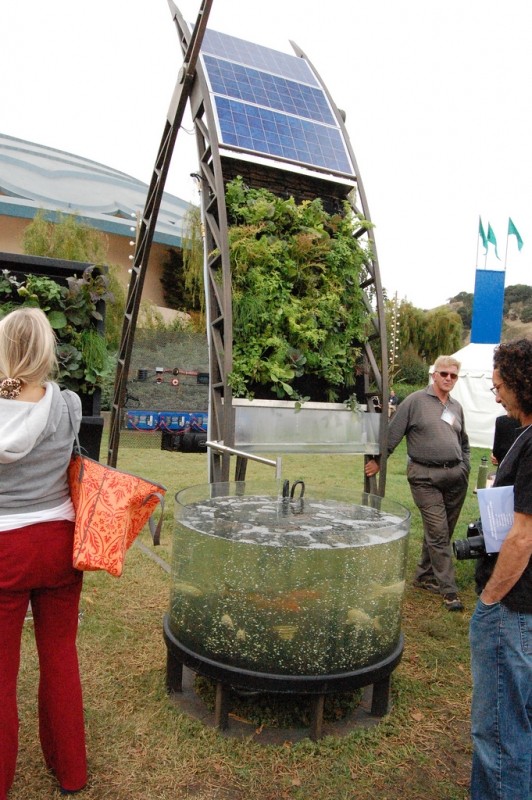 With a home vertical garden, it’s easy to maintain soil quality and assure proper watering. In the book, Vertical Gardening:  Grow Up, Not Out, for More Vegetables and Flowers in Much Less Space, Derek Fell reminds us how many traditional horizontal gardeners get discouraged by excessive weed growth, destructive pests, and extensive gardening. Let vertical gardening bring you back to producing your own harvest.

Vertical gardens can complement horizontal gardens in a variety of ways.  Josh Burman Thayer at Mother Earth News suggests that your first vertical garden action is to observe the whole garden environment and its contexts. An often underutilized northern edge of the garden can house a vertical wall with herbs grown in pockets and vegetables like artichokes on top. Peas or runner beans on trellis on northern edges become wind blocks without shading other plants, which can “make a difference in urban lots.”

When planted on raised bed edges, cucumbers will root then work their way into the mulch or under concrete outside of the bed to set fruit. Tomato cages or chain-link fencing allow cuke vines to grow vertically and, interestingly, acquire less powdery mildew than specimens grown on the soil.

An appealing vertical garden option for the urban environment

Urban agriculture, due to limited growing room, is often centered around raised beds or box plots. The Rodale Institute, which researches the best practices of organic agriculture and shares findings with farmers and scientists, has designed prototype vertical gardens called “growing towers” in Allentown and Philadelphia, PA.

First, a thin layer of cloth or cardboard material is spread on the inside of the tower, which reduces eventual soil loss. Next, the tower is filled with soil laced with compost.  Sometimes, an inner core of straw or wood chips reduces weight and soil compaction. Finally, fruits, vegetables, herbs, and flowers are transplanted into the sides of the tower.

A new technique in which crops are grown in vertical stacks of plant beds, without soil, sunlight, or water, will be unveiled in autumn, 2016.  AeroFarms of Newark, NJ has transformed an abandoned steel mill into an urban miracle.  They grow greens using a nutrient-rich aeroponic mist on plants anchored in a reusable cloth made of recycled plastic bottles.

Imagine this urban farm: a windowless immense space, filled with tiers of LED lights, substrate, and plants.  Really, it’s like something out of science fiction.

According to Malavika Vyawahare as reported in The Guardian, AeroFarms has spent some $30 million to produce more crops in less space while minimizing environmental damage, “even if it means completely divorcing food production from the natural ecosystem.”  Sure, the United States South Pole Station produces its own vegetables in an inhospitable environment, and the International Space Station has its own space garden deploying a growing system called VEGGIE.  But this is New Jersey, right? Could this be just the start?  Aeroponics, if deployed in a cost-efficient way, could be the answer for social justice for all, in that growing and selling would take place locally without dependence on scarce land. 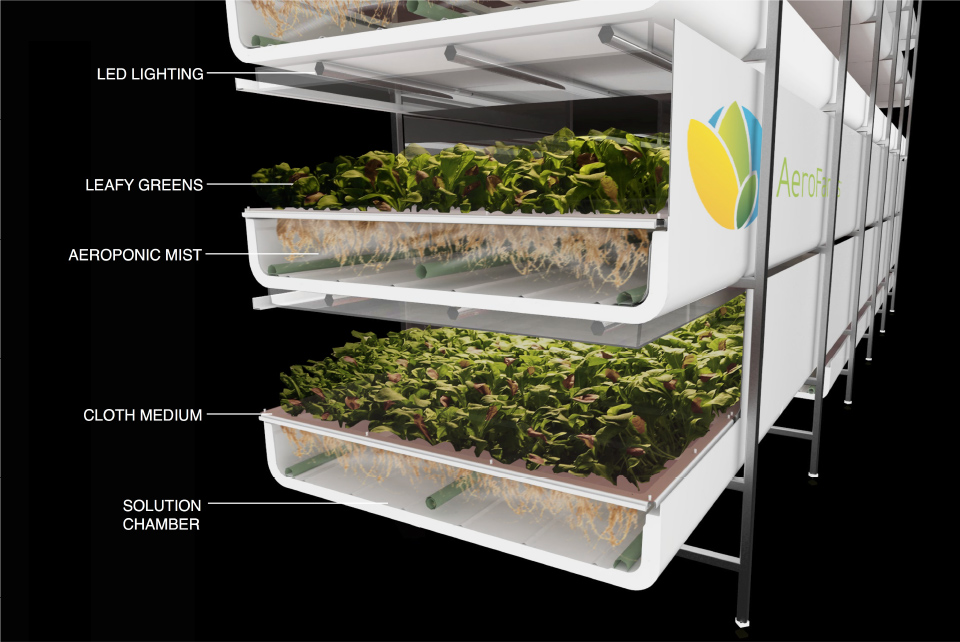 Vertical gardens you just gotta see for yourself

If you want to get more inspiration before you embark on your own vertical urban garden, check out these fabulous vertical gardens across the globe.