Urban Renewal: The Greening of Cities

If you imagine a green city, you might not first think of Houston, Texas, but according to a green building index, over half of the commercial square footage there has an EPA Energy Star or LEED rating. In fact, Houston has ranked as high as number 3 in the US for LEED-certified commercial space. 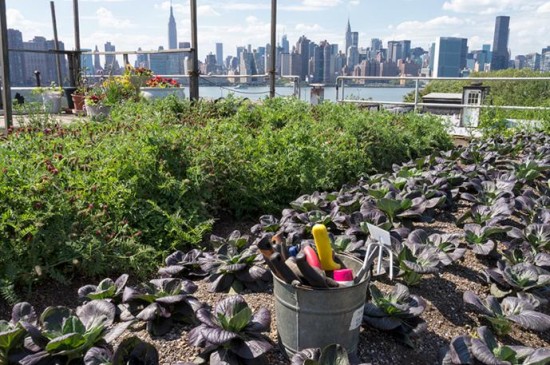 “Since Houston is the energy capital of the world, sustainability is paramount to all aspects of our economy. This is evident in the way real estate has been consistently managed on a local level, and we will certainly see this trend continue in the years to come,” explained Mark Taylor, from CBRE’s Houston office.

When we think of the green aspects of a city, we might consider parks, bike lanes, and the like. However, the end goal for green commercial and residential structures is the same – reducing the environmental impact.

The city of Houston has a number of efforts in place to make it greener. One is a rainwater collection and composting support program. Of course, Houston also has biking surfaces – 345 miles of interconnected bike paths and lanes, covering 500 square miles. Encouraging the riding of bikes is good for cities because this activity reduces traffic congestion. As long as conditions are safe, it is healthier for riders because they are engaging in more movement, and sedentary habits have been proven to be very unhealthy.

Another way of getting people outdoors and moving is the holding of farmers markets, and Houston has these as well. Strengthening relationships between consumers and farmers is important, because it reminds us where our food is grown and that taking care of the environment is not optional – it is essential for our survival.

So, what about green measures in other cities?

In addition to some of the features mentioned above in Houston, Los Angeles also has a number of electric vehicle charging stations.

For example, if you do a search in the Alternative Fueling Station Locator site you will see about 50 EV charging stations in the downtown Los Angeles area.

In downtown Houston, that number is just about 10, so LA has done a good job on the EV charger front. Obviously, charger availability makes it much easier for EV drivers to find juice for their vehicles, so their trips are easier and there is less ‘range anxiety’.

EVs have no tailpipe emissions, so they don’t contribute to urban smog, and air pollution is one of the main hazards in large cities.

LA is notoriously car-centric, so it wasn’t without resistance that the city began investing more in light rail. However, that new focus paid off with a new ability to move huge numbers of people more efficiently, “Instead, the Blue Line, which turns 25 this week, eclipsed ridership benchmarks to become one of the most heavily traveled light-rail lines in the United States. Its debut also marked the dawn of an ambitious era of rail expansion in Los Angeles County: Since 1990, officials have built five more rail lines and 65 more miles of tracks, with 37 more planned during the next two decades.”

Tree planting in cities can also have a positive ROI, “Although the benefits of urban forestry can vary considerably by community and tree species, they are almost always higher than the costs. The five-city study discussed above found that, on a per-tree basis, the cities accrued benefits ranging from about $1.50–$3.00 for every dollar invested. These cities spent roughly $15–$65 annually per tree, with net annual benefits ranging from approximately $30–$90 per tree.”

In Paris, new commercial buildings will have either plants or solar panels on part of their rooftops, by law. This kind of requirement is not at all draconian – it simply means existing space will be better utilized.

As consumers, we’ve probably all heard about the benefits of switching to CFL or LED lights in our homes, but new lighting technology can work in urban situations as well, “In Detroit, switching from conventional street lights to LEDS might save nearly $3 million a year. The anticipated savings from the new 65,000 unit LED system compared to the previous 88,000 unit HPS system therefore amounts to about 46 million kWh in electricity and $2.9 million per year in energy costs.”

In Los Angeles, replacing old lights with LEDs has probably saved far more, “The City of Los Angeles estimates it will see at least $7 million in electricity savings and $2.5 million in avoided maintenance costs annually with the switch to LED street lights. Street lighting can account for up to 40% of a city’s electricity bill, according to Eric Woods, writing at the Navigant Research blog.”

Community solar power allows people who don’t own rooftops, or who can’t afford solar, to buy shares of a solar power plant and get some of the clean electricity to reduce their own electricity consumption from a local utility.

Seattle City Light has built a number of these projects for local people to participate
in:

There are also a number of picnic shelters at Jefferson Park with solar panels on their roofs. Community solar makes solar power accessible to low-income people, and in doing so, levels the playing field, as they say. It isn’t fair to low-income people that they can’t afford solar power, and so can’t enjoy its benefits.

Community solar power at affordable housing units in urban areas is something that Boston Community Capital has helped construct at a number of different sites. In fact, one installation alone could reduce utility bills by an estimated 17%.

Urban gardens are a good way to make cities greener because they increase the amount of plants, and if they are community gardens they bring people together. Additionally, they can provide food to local people and help them feel some connection to the world that is beyond some of the typical features of urban environments such as concrete and buildings. A garden project in Seattle supports homeless people, and one in Berkeley, CA, is used to teach children how to grow edible plants and harvest the food.