Urban living offers a number of advantages, but you may not be aware of what they are and how to enjoy them. Not owning and operating a car can save you thousands per year. Of course, the amount you save will vary depending on your living situation and lifestyle choices. If you are considering going carless, you may not be extremely wealthy, so the annual savings could be exactly what you want. 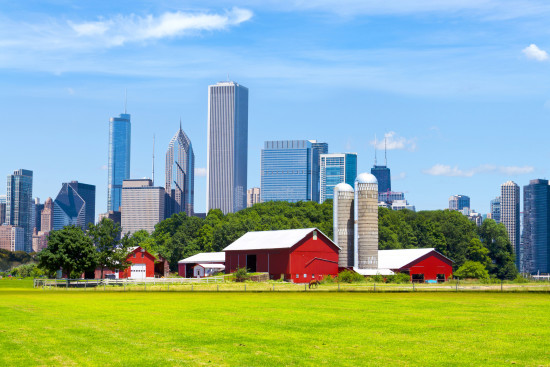 In fact, if you can go carless for ten years, how much money would you save?

If you managed to save $3,000 a year, that sum obviously would be $30,000. Certainly for millions of people having that kind of money in a savings account would be a great cushion to have in the event of an employment separation like a layoff, or your employer closing up shop, or just the part you were working in.

If you could save $4,000 a year for ten years simply by not having a car, and getting around on foot, by bike and the use of public transportation then you would have $40,000 in ten years and $80,000 after twenty.

Forty thousand dollars is a healthy downpayment on a mortgage in some areas, so going carless is not a trivial undertaking in terms of the long-term payoffs.

There is a saying that people don’t make decisions, we make comparisons. So compare renting your whole life and having a car to going carless for a decade or two and saving tens of thousands of dollars which you could use for the down payment on your own property.

If you paid $700 a month in rent for 40 years, you would have shelled out $336,000. That is a huge amount of money – especially in light of the fact that none of it would have been invested.

If you had been able to avoid paying even half of that, you would have saved $168,000, which could have been invested in real estate or in opportunities like mutual funds, retirement accounts, stocks, municipal bonds, and CDs.

Generally speaking, investing tends to have a return — even if it is a small one — so the value of your money can increase. If you don’t invest, you can’t earn that money, so there is an opportunity cost.

If you have a car loan you are paying interest as well, instead of earning it.

Owning a car actually might put you at risk of losing it, because some are lemons and the repairs may cost more than the initial price of the vehicle.

In a sense, owning a vehicle — especially an expensive one — is an irrational choice that leads to the wasting of obscene amounts of money.

Depending on which country you live in, and which part, there can be a stigma associated with riding public transportation, but overcoming that is a very small price to pay for creating a better financial future for yourself.

Of course, the alternatives to owning a car must work for you, such as safe, reliable public transportation, and access to bike lanes and sidewalks. Options like carpooling, or ferries will help too.

The key point with transportation is to try to live as close to your most important locations, which for most people are home, work, and family. It’s easy to do online research to figure out where the safest and most affordable neighborhoods are, and where the best public transportation is, like rail and buses.

Some areas have had online maps created for them which depict the crime activity. For example, this one shows a number of thefts and burglaries in Berkeley, CA.

Being smart about neighborhoods and the times when you are there can help prevent crimes against your person and property. Some sites, like the one linked above also have alerts, so you can be notified about such problems.

One of the main reasons to live in an urban setting is to take advantage of the cultural offerings. If you can find public transportation options between your place and a desired destination, like an auditorium known for the kind of performances you like, that would be affordable and most likely efficient. In fact, in some cases riding public transportation is faster and cheaper – so much so that is is preferred by car owners too.

If you are meeting a group at a place, such as a music venue, you can also arrange to share a cab if you need to for in-between travel, and for instances when you are out late and don’t want to risk walking alone.

For the sake of your health, it might be good to consider the distance you will be living to the closest hospital and how much congestion there is, because in certain urban areas traveling a short distance might still take a long time, depending on traffic. If you were to have a medical emergency, you would want to be able to get to a hospital quickly. Also, the quality of care is something to research, so you get effective and speedy treatment.

It’s important to make the effort to go out, because it can be lonely living in cities. Neighbors sometimes don’t know or speak to each other, so it is easy to get into this habit and become sort of disconnected socially.

Research has shown that chronic social isolation is linked with premature death and depressed immune function. One might say that making the effort to have consistent social interaction is more important in large cities, because it is harder to maintain social connections. Many people in these settings are transient. They work in a city for a while to make money and may eventually tire of it, preferring to live in less populated areas where the cost of living is lower and the pace of life is slower.

Of course, when one is working and commuting, it can be tiring or exhausting just to survive, so going out is hard. Joining some kind of group that meets regularly, like once a week, could be an answer. It could be a meditation group, exercise class, or a hobby gathering – anything is better than nothing.

These do exist, and doing some research to pinpoint the ones that might work best for you could yield some long-term benefits. It is possible to find most of the resources you need in one place, like a grocery store, hospital, workplace, public transportation, school, church, and community center.

After you identify such areas, it might be a great idea to go visit some of them and walk around to see how you like them. This kind of experience is research too, and sometimes it can be fun – it doesn’t all have to be work.