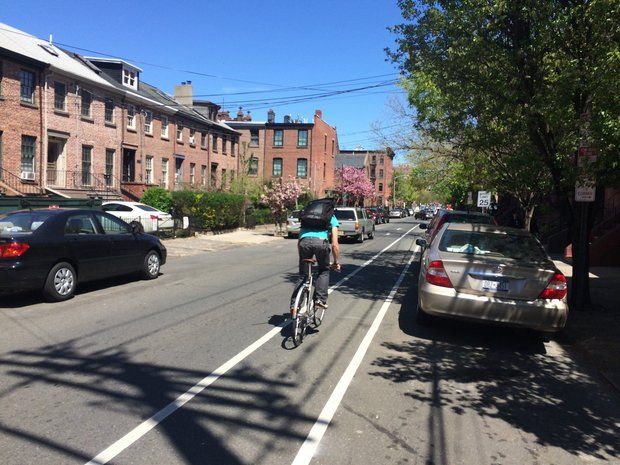 Jersey City mayor Steve Fulop has announced that Brooklyn based Alta Bicycle Share has been awarded a contract to operate a bike share program in his city. Alta operates New York City’s 6,000 bicycle Citi Bike system and was the sole bidder for the Jersey City program.

Bike share members in Jersey City will be eligible to use the New York City bike sharing program as well. That means a resident of Jersey City can pick up a bike and ride it to work in New York, leaving it at share stations in Manhattan. Then the process can be reversed at the end of the work day.

“Jersey City has one of the fastest-growing biking populations and a community who utilizes bikes and mass transit for commuting to and from work,” says Mayor Fulop “We anticipate this program will be one of the most-used in the nation and will develop a national model for a regional, urban bike share system.”

“Jersey City is continuing to grow at an unprecedented rate and much of our progress is tied to our proximity to New York City,” he adds. “Our residents, visitors, and commuters choose Jersey City for its ease of access to New York and in developing a bike share system, we saw an immense opportunity by linking with the 6,000-bike system in New York.”

Members will pay the same $149 annual fee as New York City participants and will have access to 350 bikes at 35 locations throughout Jersey City initially. Alta will conduct public forums to solicit input from city residents about where the share sites should be located. The program is expected to begin operation in about 6 months. If it is successful, the number of bicycles and stations will increase in the future.