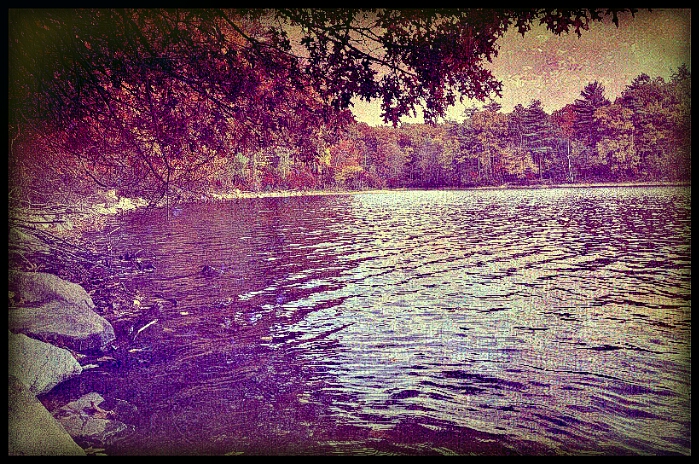 Throughout Thoreau’s philosophy one can see a sort of neo-Taoism, specifically a way of understanding “higher” thought, spiritual and otherwise, through his reverance of nature:

“It is something to be able to paint a particular picture, or to carve a statue, and so to make a few objects beautiful; but it is far more glorious to carve and paint the very atmosphere and medium through which we look, which morally we can do. To affect the quality of the day, that is the highest of arts.”

So says Thoreau in one of the modern literary touchstones of practical philosophy, Walden. This particular idea, of treating life and perception as an art, recalls the thought of ancient Taoists.

A Deep Reverence For the Birds

In Walden, Thoreau describes his Life in the Woods (the book’s alternate title) over the course of a couple of years spent near Walden Pond, in Concord, MA, and the insights that life gave him. He writes about his time there, above all, as a personal experience in such detail that his notes have been used by scientists today to measure how nature has changed since the early 19th century. But through his lens, we see how the noted transcendentalist’s philosophy fits into a grand tradition. Take, for instance, the following passage:

“There were times when I could not afford to sacrifice the bloom of the present moment to any work, whether of the head or hands. I love a broad margin to my life. Sometimes, in a summer morning, having taken my accustomed bath, I sat in my sunny doorway from sunrise till noon, rapt in a reverie, amidst the pines and hickories and sumacs, in undisturbed solitude and stillness, while the birds sang around or flitted noiseless through the house, until by the sun falling in at my west window, or the noise of some traveler’s wagon on the distant highway, I was reminded of the lapse of time. I grew in those seasons like corn in the night, and they were far better than any work of the hands would have been.”

Thoreau can come across as a bit haughty, arrogant even, and perhaps he knew this. Unapologetically, he goes on to address potential naysayers in advance:

“This was sheer idleness to my fellow-townsmen, no doubt; but if the birds and flowers had tried me by their standard, I should not have been found wanting.”

Thoreau’s deep reverence for presence, his own brand of meditation, may not impress his human compatriots, but it does work (to twist the expression) “for the birds.” And he takes pride in the naturalness of this paradox.

Much later in Walden, Thoreau makes vivid his approach to life:

“A single gentle rain makes the grass many shades greener. So our prospects brighten on the influx of better thoughts. We should be blessed if we lived in the present always, and took advantage of every accident that befell us, like the grass which confesses the influence of the slightest dew that falls on it; and did not spend our time in atoning for the neglect of past opportunities, which we call doing our duty.”

Herein lies the crux of the neo-Taoism Thoreau learned in Walden: a sheer affirmation of living in the present, as demonstrated by the union of grass with rain. Thoreau keeps us on our toes, though. The above passage takes a bit of a turn as Thoreau continues, writing that “we loiter in winter while it is already spring. In a pleasant spring morning all men’s sins are forgiven. Such a day is a truce to vice. While such a sun holds out to burn, the vilest sinner may return.”

The element of sin seems to address Christianity. Even more so, this, from the same section of the book:

The Natural Affinity Between Taoism and Christianity

Two conclusions can be gleaned from Thoreau’s introduction of Christian concepts. First, and more generally, by fusing them with Taoist concepts, he wishes to address a greater cross-section of humanity.

Second, and more importantly, a natural affinity exists between the two great religions, both natural in a kindred sense, and in the sense that these two philosophies are made of the stuff we live with — birds, grass, rain, the seasons, etc. — and that we should revere this “stuff” as such. 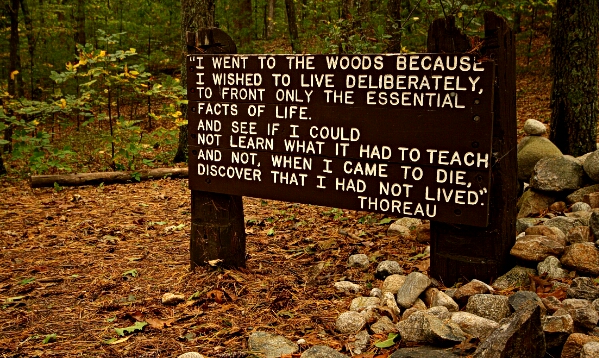