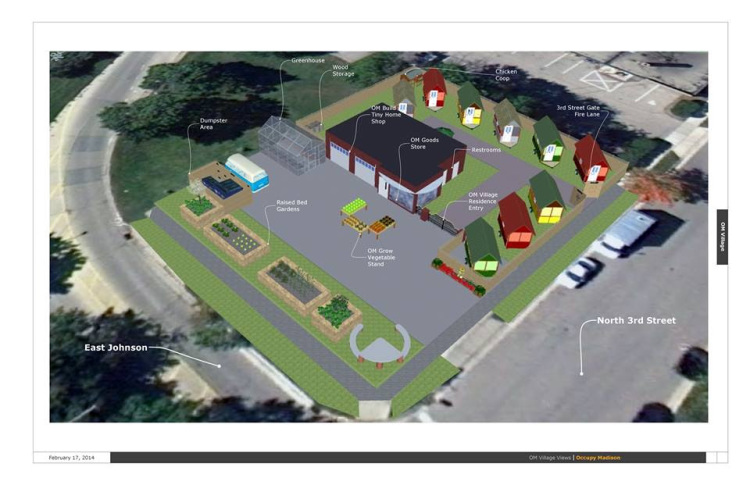 Groups in Madison, Wisconsin and Portland, Oregon are actively using Tiny House concepts as part of a larger bid to provide housing for the homeless and those with low incomes. 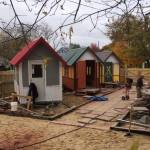 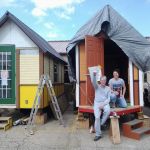 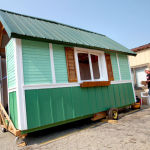 In Wisconsin, Occupy Madison, has built nine tiny houses, a day resource center, laundry facilities and a community gardening space in the village with help from numerous community groups, The 96 square foot homes are made from reclaimed and recycled materials and include a bed, a toilet, propane heat and solar panels for electricity. Each building costs around $5,000 to build and the money was raised with private donations.

“Rather than taking people form the streets and putting them in a building, we thought we could work together to create our own structures,” says Luca Clement of Occupy Madison. “We don’t give houses to homeless people, we enable people to build their own houses to create their own futures.” The village is located on county owned land leased for $1 a year to the nonprofit organization that developed it. 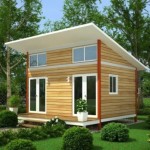 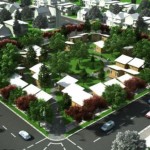 In Portland, Oregon, the city is nearing approval for an entire Tiny House community. The project will provide modern, efficient homes for people who earn less than $15,000 a year as well as the homeless population. Backed by Multnomah County, the non-profit organization Micro Community Concepts has teamed up with TechDwell to design homes that will help financially struggling Portland residents get back on their feet.

With the help of Portland Mayor Charlie Hales, the initiative will establish a neighborhood of 25 TechDwell-designed homes, each with its own small yard  The design features slanting roofs with a protective overhang for the front patio as well as double glass doors and windows along the roof line to maximize sunlight. Each home will have 192 square feet of living space and cost just $250-$350 a month to rent for qualified candidates.