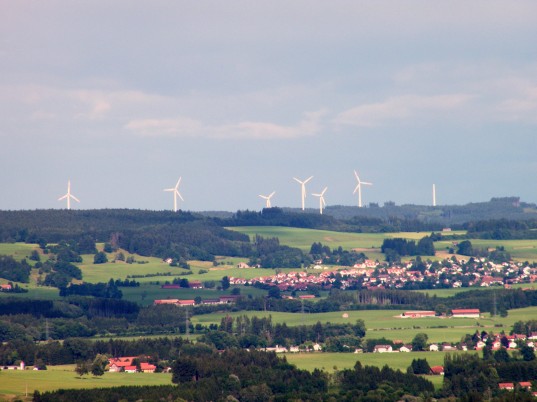 The German village of Wildpoldsried is producing 321% more energy than it needs. Selling that energy surplus back to the region’s local utility company adds $5.7 million dollars to the town’s treasury.

Wildpoldsried’s green initiative first started in 1997 when the village council decided it should build local industries to bring in new revenue. Over the past 14 years, nine new community buildings have been equipped with solar panels, four bio-gas digesters built, and seven windmills installed. In the village itself, 190 private households have solar panels while the district also benefits from three small hydro power plants, ecological flood control, and a natural waste water system.

The village has received numerous national and international awards for its conservation and renewable energy initiatives. Mayor Zengerle has journeyed to Romania, Berlin, and the Black Sea Region to tell others how they can transform their communities and make money in the process.

He tells Biocycle, “The mitigation of climate change in practice can only be implemented with the citizens and with the Village Council behind them 100 percent of the way. This model cannot be forced from only one side. We often spend a lot of time talking about how to motivate [town governments] to start thinking differently. We show them a best practices model in motion and many see the benefits immediately. From the tour we give, our guests understand how well things can operate when you have the enthusiasm and conviction of the people.”

The wonder is not that one town has found an environmentally friendly way to generate a surprising amount of energy surplus-sourced income. The wonder is that more communities have not done the same. Just imagine what an energy surplus program like this could do to drive down the tax rate in your community!