An abandoned Wal Mart in McAllen, Texas has become the largest, single story library in America while- at teh same time- setting new standards for urban renewal and resource recycling.

Massive, empty commercial buildings, in this day and age, tend to stay empty. Especially an old Wal Mart, because if America’s #1 retailer (for better or much, much worse) can’t pay the rent- well. As such, these empty buildings and shopping malls quickly fall into decay, and lead to urban blight. They become targets for squatters, drug dealers, graffiti artists and thieves. But officials in McAllen saw all that empty space and thought, “Why not make it into a library?”

They wanted a bright, modern and clean space, so they turned the Wal Mart’s husk over to a private contractor who started by ripping out all the existing walls and ceilings and replacing them with colorful designs that delight the eye and invite people to come inside. The library now boasts 16 public meeting spaces, 14 public study rooms, 64 computer labs, 10 children’s computer labs, and 2 genealogy computer labs. There is also a cafe, a used book store, an auditorium, and several self check-out stations.

The library’s planners didn’t neglect the exterior of the building either. A central walkway welcomes visitors. A number of restful seating areas are located around the outside of the building, and decorated with attractive tile artwork and local vegetation. 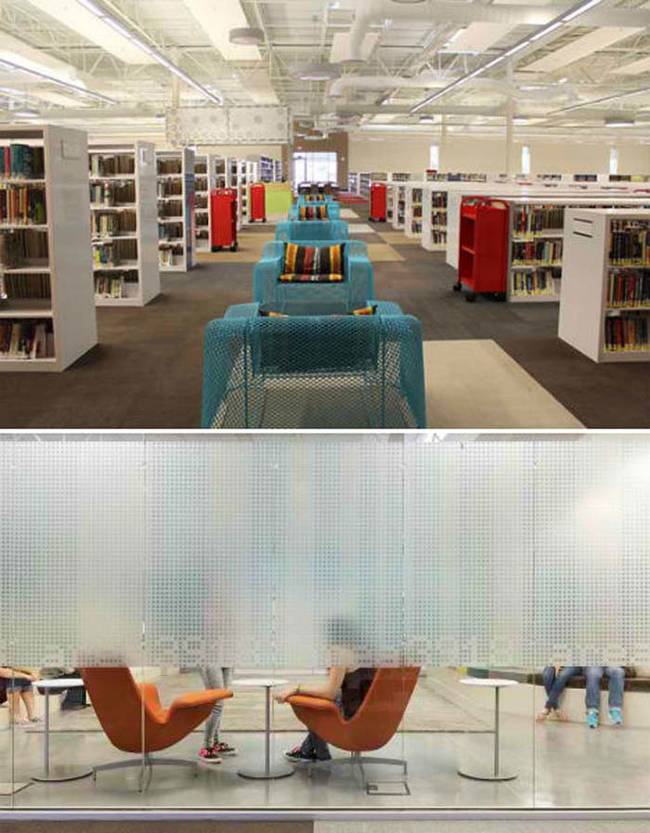 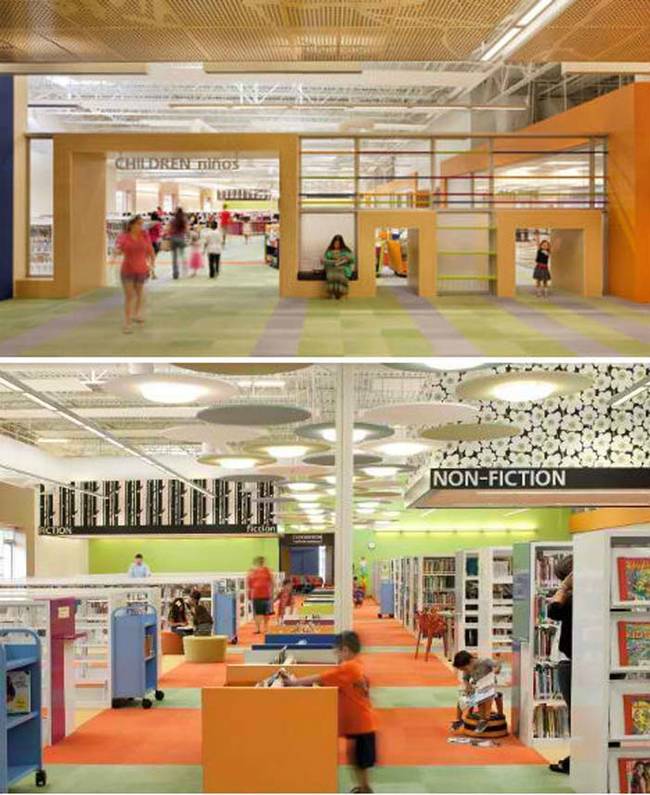