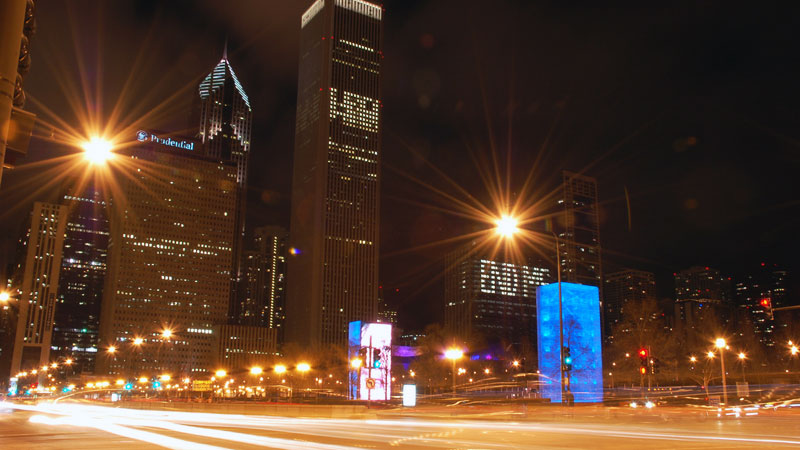 They may look like ornate bits of sculpture, but the curled metal bits at the top of the street lights on Chicago‘s Michigan Ave. are actually a system of advanced sensors that will measure the city’s air quality, light intensity, sound volume, heat, precipitation and wind. That’s all good- but the sensors will also count people, measure wireless signals, and probably not in any way be a “Big Brother” type of intrusion into personal privacy.

That’s the promise- but let’s ignore the all of the potentially nefarious ways Chicago’s light pole data mines might work and stay optimistic here, shall we?

That data will then be made open to the public, which Charlie Catlett, director of the Urban Center for Computation and Data, believes that developers could turn into useful apps linking pedestrians and public transit systems. “The city is interested in making Chicago a place where innovation happens,” said Catlett, who believes those future/potential apps could improve the safety of Chicago’s residents by providing police with real-time information on population density … which, you know, sounds a bit Big Bother-y.

We’re going to continue to ignore those vibes, however, in the hopes that Chicago’s data mines will be able to help the city join international cities like Helsinki and Madrid in a bid to advance the state of the public transit art and cut down on private car traffic, you know? Assuming that’s the goal.

Listening to Catlett, it seems that- on the surface, at least- the team has the public’s best interests in mind. “Our intention is to understand cities better,” Catlett said. “Part of the goal is to make these things essentially a public utility.”