Helsinki Has a High-tech Plan to Ban Cars by 2025 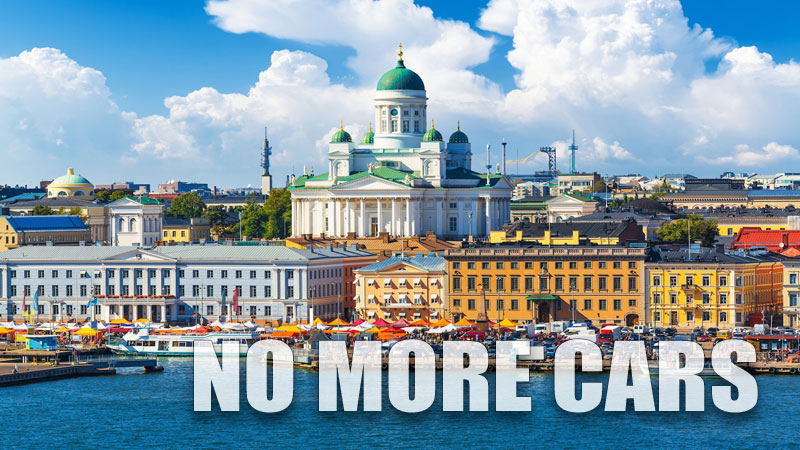 The city of Helsinki wants to completely remove privately owned and driven cars from its roads by 2025, replacing them with a high tech system that combines mobile phone apps, ride sharing, bike rentals, and public transit on a level that hasn’t yet been seen in the Western world. If it works, it could establish a precedent that would, eventually, be adopted in Spain, the UK, and other European countries.

What do you think, readers? Is a city planning to do away with private cars in favor of a walking and cycling culture a step too far, or step that’s long overdue? You can read a bit more about Helsinki’s plans in this article- which originally appeared on our sister site, Gas 2- then let us know what you think about the Finnish plan in the comments section at the bottom of the page. Enjoy!

Finland Has a High-tech Plan to Kill the Car 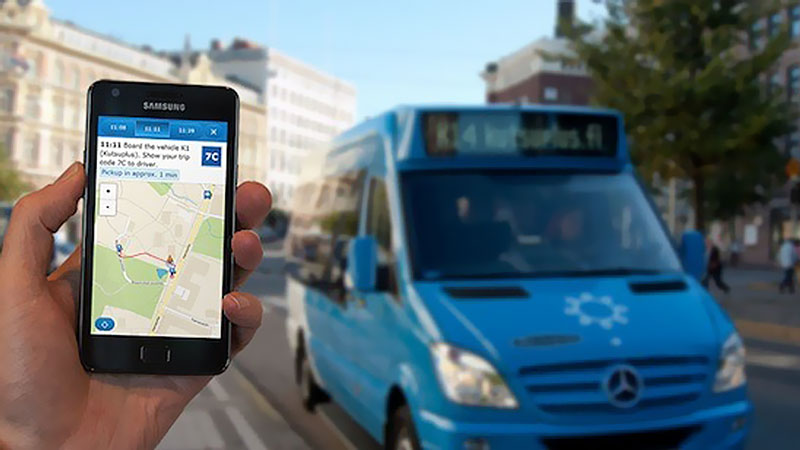 The Finnish capital of Helsinki wants to be totally car-free by 2025, and city officials plan to make that goal a reality by creating a new transport infrastructure based on cutting-edge technology, data analytics, and a single, affordable payment system.

Finland’s plan revolves around the notion of “on-demand” transit that, if it works, will be nothing short of a revolution for public transit that will advance the state of that art to such an extent that private car ownership becomes pointless. It goes something like this: a young mother is trying to get her kids to school. Instead of putting them in her car, she uses an app to tell an advanced dispatch system where she is and where she’s going. That system effectively “summons” a nearby bus that will take her kids to their school, picking up other kids, teachers, etc. who live (more or less) along the same route. Later, as the mother gets around Helsinki, she can use the city’s bike share program that’s integrated into the system, as well. If the weather forecast changes, she’ll receive a notification on the same app that can offer her another way home without getting soaked.

Before you scoff at that level of adaptability in route-planning software, consider how effectively UPS’ dispatching software works- and those guys don’t even make left turns!

“The vision is that all kinds of (transport) services will be used together through a single portal,” says transport engineer Sonja Heikkilä, who came up with the plan as part of a Master’s thesis commissioned by the city. “In addition to traditional public transport, (the planned system) would include taxis, car-sharing, and services that don’t even exist yet. A proactive route planner will suggest journeys based on real-time traffic data and alert users to changes caused by accidents or changes in weather conditions.”

Heikkilä’s thesis is based heavily on the argument that young people in Europe have predominantly apathetic attitudes towards cars, coupled with a growing eagerness to adopt new technology (apps) and new ways of looking at traditional transportation models (witness the success of bike sharing programs and ride-share apps like Uber). As such, the fact that the 2025 plan is such a huge departure from the norm could be a boon, rather than an obstacle, on its path to success. The Finnish government seems to agree, with Henna Virkkunen, Finland’s transport and local government minister, going on record with, “I now declare Finland as the country for open traffic experiments – Finland is a Traffic Lab.”

Good for Finland, then, for trying something wild and new. We’ll try to keep up with their plan’s progress in the coming months, and fill you in as we learn more. Stay tuned!