Infographic: What if Everyone Rode Bikes?

Home » Blog » Updates » Infographic: What if Everyone Rode Bikes? 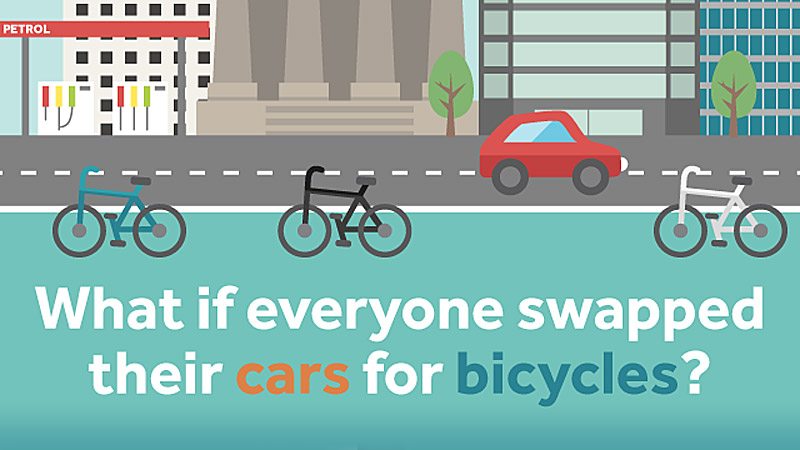 As bicycles become a bigger and bigger part of life in American cities, questions about cyclist and pedestrian safety – even the way we design our roads – are getting asked more and more frequently. One question that isn’t often asked, however, is a much more theoretical one: what would happen if EVERYONE rode bikes?

That’s the question British money experts at Pounds to Pocket tried to find out, and they came up with some staggering numbers.

For starters, if private motorists in the UK would give up their cars, the number of motor vehicles on British roads would drop from over 35 million to less than 6 million, reducing overall greenhouse emissions by more than 40%. In addition, the country’s business would save over $3 billion from reduced absenteeism- courtesy of the cleaner air and improved cardio health that would come with giving up cars.

And England isn’t even the whole of a relatively small island.

You can check out P to P’s entire bike-loving, numbers-heavy infographic, below, then have fun imagining what kind of massive impact a switch to cycling would have if the US decided to give it a try. Enjoy!