Cycling in Amsterdam – Stories on Video 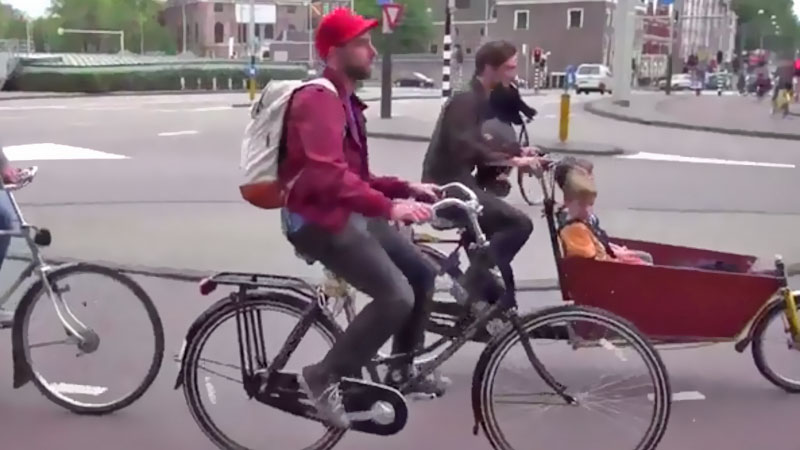 When it comes to bicycle culture and cycling safety, Europe is way ahead of the US (although we’re catching up!). That’s especially true in Amsterdam, where it’s less about bikes co-existing with cars, and more and more about Amsterdammers rejecting automobiles altogether for a system that works better for everyone.

That’s the kind of cycling culture that this video- titled “Bicycle Anecdotes from Amsterdam” and originally posted at our sister site, Bikocity- is trying to capture and convey. You can check it out, along with the original Biko introduction, below. Enjoy!

Amsterdam Rocks it So Hard

Amsterdam is perhaps the best large city in the world for bicycling and bicyclists. It probably is, but Copenhagen is also always in the running. Furthermore, there are better bicycling cities than Amsterdam in the Netherlands, but they are smaller, so I’m not sure if they are in the same class.

Anywho, if you haven’t been to Amsterdam, below are two great videos of the wonderful bike city. If you have been to Amsterdam or elsewhere in the Netherlands, I’m sure you will love to see this, but that they will make you want to go back there right now.