Nine million dollars, per square mile, per year. That’s what it costs the city of Detroit to simply maintain the vacant property they ended up with when the city’s economy dried up and the population bailed. That adds up to more than $360 million, total, that the recently bankrupt city of Detroit needs to pony up- and it’s $360 million the city simply does not have. That’s where Hantz Farms comes in.

Hantz Farms proposed a plan to take several acres off of Detroit’s books and turn them into a massive urban farming project. As part of the deal, Hantz will maintain the land, hire workers, and start putting money back into the city’s coffers in the form of taxes and revenues.

It’s a bold project, for sure, and an offer that the financially struggling city of Detroit can hardly afford to turn down. Despite the “make him an offer he can’t refuse” vibe to the whole thing, however, taking a dead area and rejuvenating it is very much at the heart of urban planning and urban renewal, and a great way to promote community gardening efforts in what is still a major US city. Chris DeMorro has more on the story, which was originally published at our sister site, Insteading, below. Enjoy! 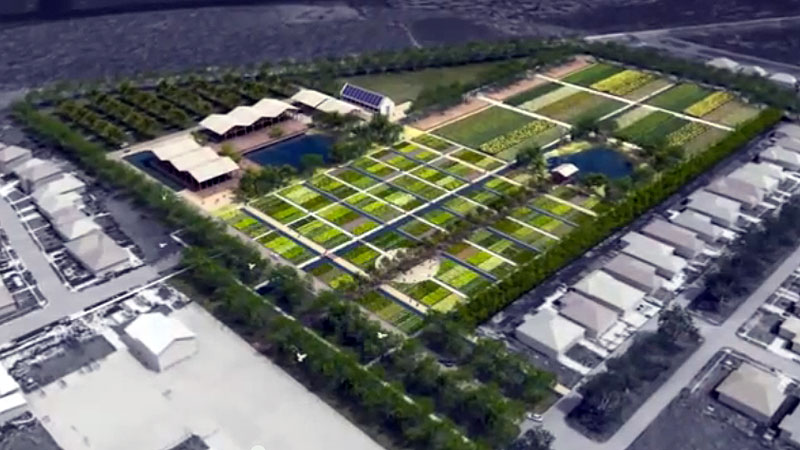 Last year, Michigan Governor Rick Snyder finally approved a plan to allow Hantz Woodlands to buy and transform 150 acres of empty or decrepit Detroit lots, and turn them into the world’s largest urban farm. The farm has since made great progress, and could serve to inspire other cities to do the same.

If you’ve read one story about Detroit, you’ve pretty much read them all; the once-great city formerly known as the car capital of the world has fallen onto hard times. With less than half of its peak population left, massive tracts of land have been left to decay and be reclaimed by nature. This has allowed small urban farming initiatives to pop up, prompting some to suggest this is a great way to make something out of Detroit’s plight.

Enter John Hantz of the Hantz Woodlands, who proposed a plan to the Detroit City Council to buy 1,700 parcels of land at a low price, and convert them into one single, massive urban farm. The council hemmed and hawed, but finally approved the plan by a single vote. Since then, Hantz and his company have worked hard to clear the land and make it suitable for growing trees, flowers, as well as edible fruits and vegetables.

This summer the first phase of the plan kicked into high gear, with Hantz Woodlands planting 15,000 trees spread out across 20 acres of the 150 acre parcel. The idea is to recapture some of the natural beauty of the Detroit area, while creating a self-sustaining and self-funding urban farm.

Detroit may have fallen on hard times, but the implementation of innovative urban renewal and transformation strategies like this one may be able to help it climb back to the top!