Hugelkultur is wood, buried in soil. That’s the extra-condensed version of the story, anyway- the slightly longer version explains that the techniques behind Hugelkultur allow more plants and crops to be grown in a given horizontal space, giving each plant more sun and more nutrients with less labor and, in some cases, without digging at all. That’s good news for places like Florida, where, if you start digging, you’ll hit a lot limestone sooner than you think.

Basically, Hugelkultur encourages people to make better use of their food and garden waste by collecting it- almost like compost- and then using it to build a long mound. Branches, leaves, logs, branches, leaves, grass clippings, straw, cardboard, pet waste, fruit rinds and peels, or whatever other biomass you have available simply gets topped with soil. Seeds and clippings get planted in the soil, and start growing. The traditional method, which calls for wood and logs to be used in base of the bed, does have a number of advantages to the “anything goes” approach, however.

Simply, the gradual decay of wood at the base of a traditional Hugelkultur mound is a consistent source of long-term nutrients for the plants on the surface. A large bed might give out a constant supply of nutrients for 20 years (or longer, if you use only hardwoods). The composting wood also generates heat which should extend the growing season in regions where cold comes early.

The advantages to city planners who are turning to urban gardens to drive the gentrification of run down neighborhoods, then, are obvious. To me, though, the most appealing part of Hugelkultur farming is the ability to produce large-scale patterns on the land, making for some really good-looking aerial photography or nice views from the upper floor balconies, you know? Take a look at the infographic and photos, below, watch the video at top, then let us know what you think of Hugelkultur in the comments section at the bottom of the page. Enjoy! 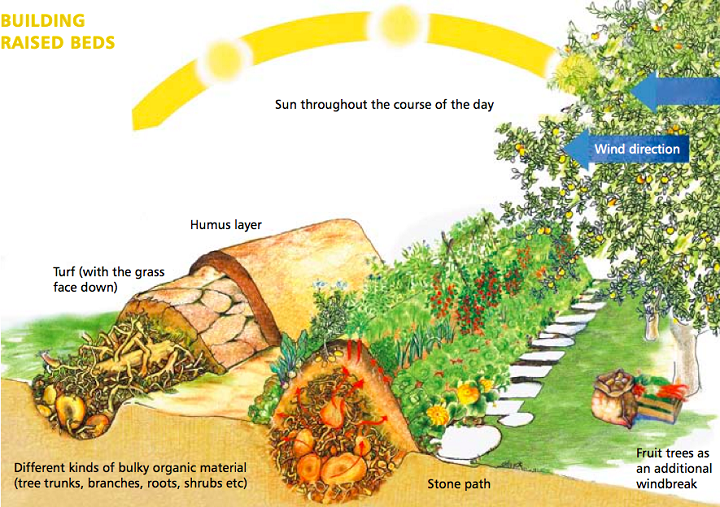 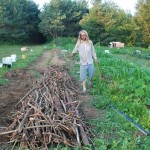 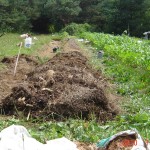 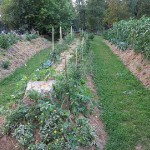 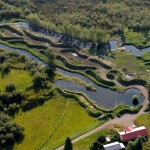