Last week one of Paris’ botanical gardens experienced Europe’s most environmentally friendly music festival. Musicians such as Foals, Lorde, Cat Power, Little Dragon, and numerous DJs played some sets, but here the artists are not really the main attraction. We Love Green (WLG) is all about creating awareness and respect for our environment. 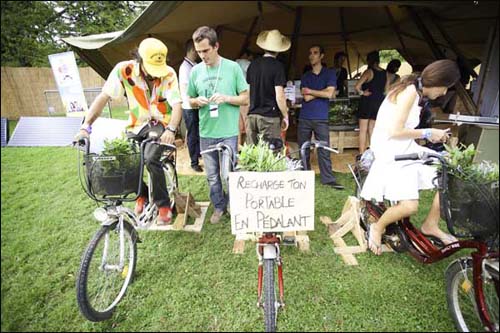 Three years in, WLG still attracts visitors from all over Europe who are intrigued to see how the festival’s premises develop. It seems difficult to imagine a festival that generates zero harmful waste, and it’ might be even harder to believe that this more sustainable infrastructure actually works. But so far We Love Green has been hugely successful, and has even been nominated as Europe’s best small festival. How exactly do they do it?

WLG is very serious about the impact it has upon the environment. Anyone who has been to a public festival can testify to the amount of garbage and waste these types of event usually generate. The terrain used is often destroyed and littered with detritus, which is what WLG tries really hard to avoid.

To begin with, the festival (stage included) is powered entirely by solar and wind power. Recycle bins are peppered throughout the site, and all the waste generated is sorted and later composted, even the cutlery. The installations are provided by neighboring art students, and are 100% reusable. All the food from the stands is local and organic, and the organizers facilitate carpooling, as well as plenty of storage space for bikes.

In addition to its free publicly available fresh water supply (which in itself is remarkable, as most festivals charge a lot of money for any type of beverage), WLG offers free educational workshops for anyone interested in ecological alternatives. With help from experts from the field of ecology, economics, and entrepreneurship, the space is wide open for everybody to share ideas on how to build a better planet.

Topics from this year’s event included: social and collaborative economics, food waste, biodiversity, and urban agriculture. There are also DIY educational workshops on how to reuse and make objects from recyclable material, and tons of activities for kids to learn about green living. It’s a great place to network and meet other environmental enthusiasts who share a passion for a healthier and more sustainable world. 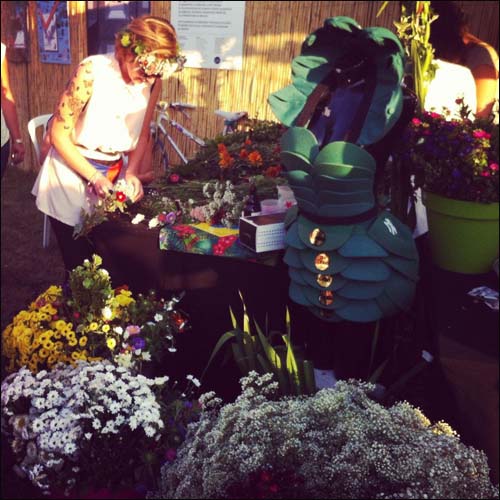 It’s definitely encouraging to see initiatives like this taking place. With the accumulation of modern effects such as smog, pollution, and landfill waste, sometimes it feels like our planet is dying even quicker than ever. But events like this offer a glimmer of hope to those of us who envision creating healthier and greener lifestyles. Perhaps other regions around the world will be inspired by Paris’ example?