Angeles Espinosa wrote an article in El País that asked the question: “Why don’t Saudis want to marry girls who run?” What exactly does marriageability have to do with running, and why are girls at the heart of it?

We like to think that we’ve moved past the archaic and retrograde view which considers physical activity as a dangerous threat to female reproductive organs; but unfortunately there still are uninformed people striving to control women’s bodies by preventing their participation in sports. Such is the case of the conservative community in Saudi Arabia. They mistakenly believe that women who move their bodies while doing sports are somehow at risk of becoming infertile. Espinosa described a race that was meant to take place:

“The organization of a women’s marathon in Taif University, in southeast Saudi Arabia, has awakened expectations. In a country where public schools don’t teach girls physical education and women are denied access to sports, the gesture seemed highly symbolic. It was going to be the first race of this sort in the kingdom … But we’ll never know how many university students signed up because the competition was suddenly cancelled and the organizers haven’t given an alternative date.

Their justification that they just hadn’t finished preparing everything and that it coincided with exams is not convincing. There are suspicions that the organizer caved in to the pressures of the ultraconservatives, who oppose to women practicing any kind of sport. The students of the Sharia Department denounced the race as shameful, because it would make the women ‘lose their decency’ and, as a consequence, no man will want to marry them.” 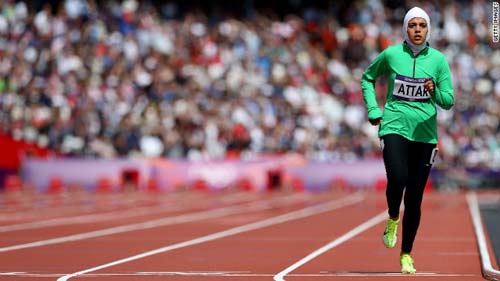 You might think that such outrage and opposition was perhaps due to the fact that the women would run naked through the streets. But on the contrary—in this extremely conservative country, women are pressured into completely covering themselves from head to toe, even while engaging in sports. The runners of this particular race were not going to defy the norm. They intended to adhere to the dress code, and were meant to compete in the presence of a female-only audience.

“In 2004,” Espinosa adds, “liberal sectors of the regime tried to introduce exercise into public schools, but the most conservative cleric strongly opposed it. Sheik Abdullah ibn Mani stated that ‘girls’ virginity could be affected by the excess movement and jumps’ required by football or basketball.” Has this man ever opened a science book? If he had, he would know that there is no biological evidence that can prove a woman’s, or a man’s virginity.

In a context that forbids women from diving cars and considers them ‘eternal minors in need of a male guardianship’, there are still glimpses of hope. For the first time ever, the Olympic games of 2012 saw two Saudi women (who lived abroad) participate. Several councils are including women as members, and last year some of them recommended physical education to be integrated into public schools. “There are some pioneers, such as Lina al Maeena, who don’t wait for for administration’s slow machinery to start,” writes Espinosa. “Al Maeena founded, and heads, the Jeddah United, a female basketball team, which trains and competes clandestinely.” 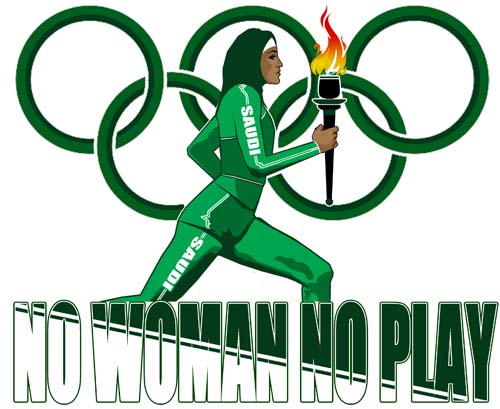 Others have started projects that protest the lack of female participation in sports; No Woman no Play, for example, is one of them. This project denounces the deplorable state of women in Saudi Arabia and calls for the Olympic games to ban on all the countries who discriminate against women in sports.

So we see that some women are working to change their status in this country. Let’s hope that their efforts aren’t futile, and that one day all girls and women will be able to play sports without being stigmatized or reprimanded for it. As the first African Muslim female Olympic champion, Nawal El Moutawakel, explained:

If we strive for a better world, women require equitable access to every aspect of society; we must be included in all sports, and should be treated as equally valid competitors.