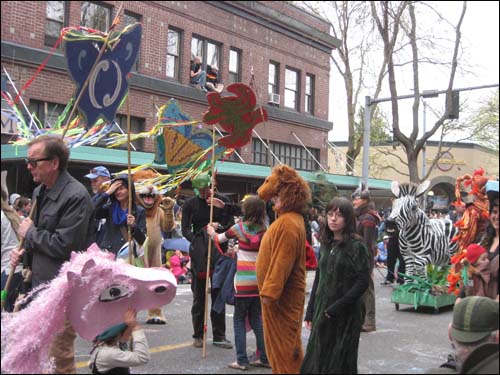 For the last 20 years, residents of Olympia Washington have organized a festive DIY parade to honor all creatures; the event is known as the Procession of the Species. This all volunteer run community based arts party is totally handmade and completely noncommercial, and is created by the unpaid work of hundreds of different people working together. 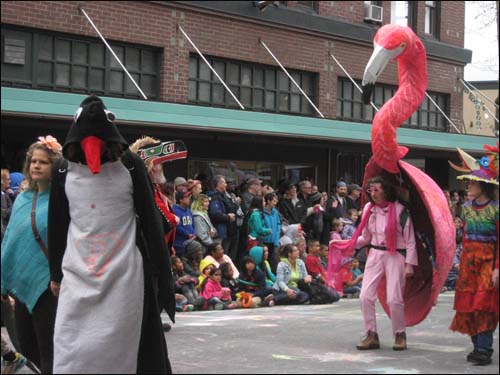 The annual street party initially began in commemoration of the 25th anniversary of Earth Day, and to also show support for the renewal of the Endangered Species Act. Tens of thousands of people lined the road in the state capital to watch the parade this year; and even though wet rain showers began to fall shortly after the parade started, the large crowd’s enthusiasm was not at all dampened. 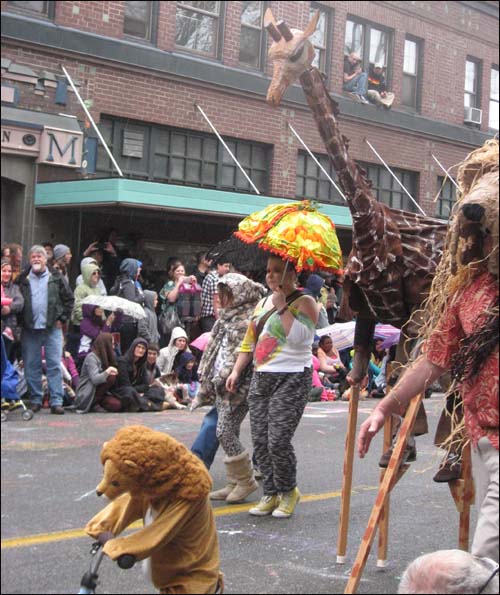 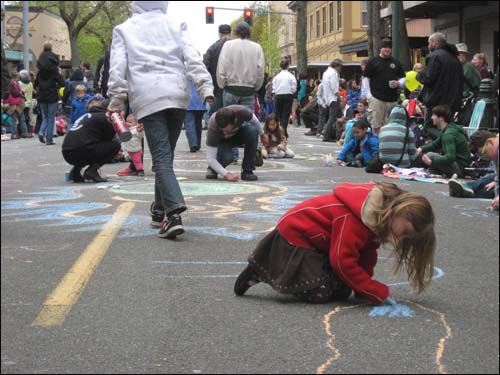 The parade route had been decorated earlier in the day with chalk by scores of children, before the marchers strolled past in their handmade papier mâché and cardboard creations, many of which were largely made from recycled, salvaged and found materials. The procession included skittering cockroaches, giant mushrooms, anatomically correct dancing bivalves, and an amazing articulated giraffe that was wrangled by nearly a dozen individuals, as well as a children’s drum corps and a mass of gyrating bees and hornets.

The only rules for parade participants were no printed words, no live pets and no motorized vehicles, and marchers were also organized according to the elements of earth, fire, water and air. This grassroots community based art event highlights some of the best creative aspects of this Pacific Northwest region — unique individuals working together to make art, have fun and remind us all of the beautifully diverse world that we inhabit and share with billions of other creatures.

Here are a few more images from this year’s Procession of the Species event: 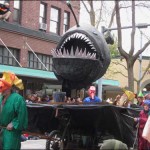 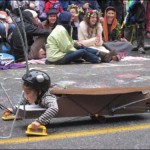 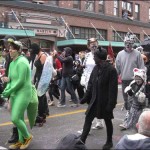 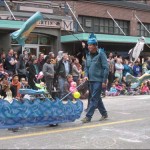 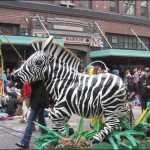 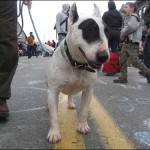