Rev. Billy and Church of Stop Shopping: Our Colony Collapse?

Rev. Billy and the Church of Stop Shopping were in San Francisco recently, and held an inspiring sermon for an attentive crowd at the Bayview Boat Club. The reverend’s passionate words of warning about the cataclysmic climate change catastrophe that is already upon us rang out into the spring evening, as the sun slowly set at the water’s edge. An ebullient and impassioned Billy was eagerly embracing his role as global town crier, preaching the truth about the dire environmental state of our planet, and the persistent complacency of our species. 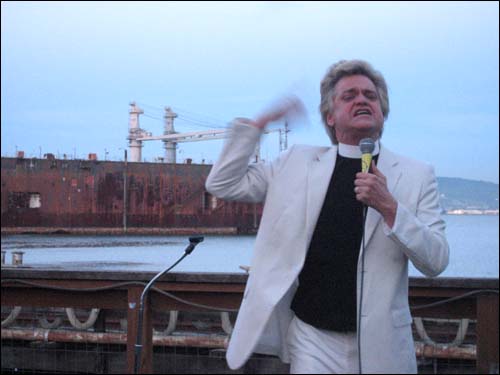 In case you are as yet unfamiliar with Reverend Billy Talen and the Church of Stop Shopping’s activism, this is how they describe the nature of their work:

“The Church of Stop Shopping is a New York City based radical performance community, with 50 performing members and a congregation in the thousands. They are wild anti-consumerist gospel shouters, earth loving urban activists who have worked with communities on 4 continents defending land, life and imagination from reckless development and the extractive imperatives of global capital.”

Earthalujah, Colony Collapse and Beyond

An articulate and fiery Rev. Billy spoke of a yawning silence about climate change, and our inexplicable stubborn reluctance to address this life threatening issue in public; the assembled congregation was encouraged to begin swarming with our brains—learning to think about problems in new ways, sharing information and resources, thoughtfully speaking and really listening to each other, and working to make meaningful connections with our fellow creatures.

While preaching, the reverend told the story of a resilient grandmother and outspoken activist named Vera Scroggins, who is still fighting against a giant polluting fracking company, Cabot Gas and Oil, even though the corporation has been able to have her banned from going anywhere in over 300 miles in her home town. The stunning revelation that this peaceful protester has been so unfairly persecuted truly illustrates just how powerful one person’s concentrated efforts can be. 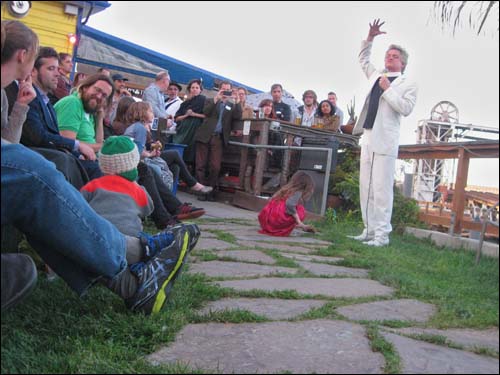 As the sun went down over the ocean, church leader Savitiri D also addressed the crowd, explaining that they have adopted honey bees as their new spirit animal. The complex and interdependent story of the bees’ colony collapse is intrinsically linked to our own survival or extinction. Part of the activism and education being undertaken by the Church of Stop Shopping is sharing this urgent message to honor the delicate intricacies of natural systems, to strive to create significant connections with other life forms every day, and that we all must take action now. 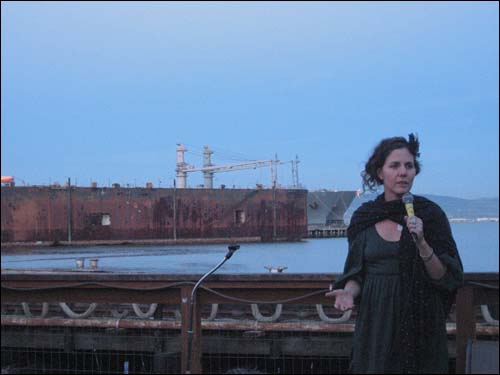 Here are a few more images from the Church of Stop Shopping performance in San Francisco, as well as one of Rev. Billy’s previous Earthalujah sermons: 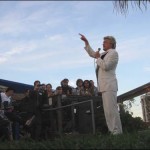 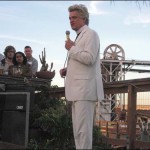 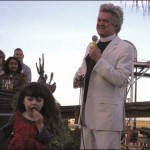 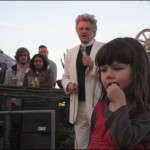 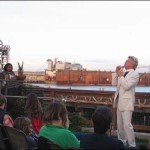 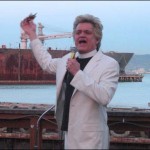 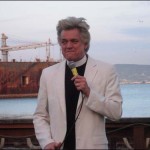 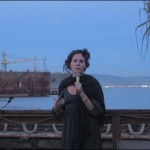