Obama’s departing Energy Secretary, Steven Chu, has always been one of my favorite members of the president’s administration. Chu has won the Nobel Prize for physics, and has promoted more investment in sustainable energy and renewable power. Apparently the well-respected scientist also has an excellent sense of humor. Yesterday in my social media stream I received this message from the secretary, in reference to a satirical article that was recently published about Chu: 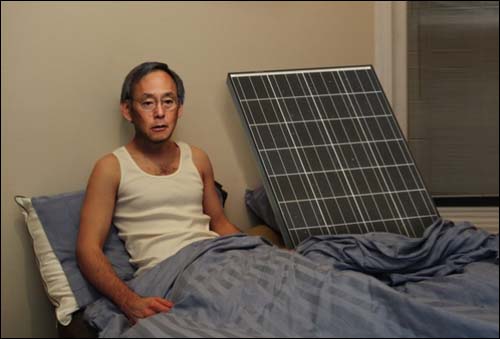 I have also fallen in love with solar energy, and with Steven Chu. This public servant has done a superb job on behalf of our country these last four years, and I am truly sorry to see him leave.