Wondering If Your Food is Organic? Now There’s an App for That

Home » Blog » Food » Wondering If Your Food is Organic? Now There’s an App for That

The capabilities of today’s handheld devices are astonishing enough to have provoked disbelief just a few short decades ago, yet so commonplace now that manufacturers must continuously dangle new ‘toys’ before jaded techno appetites. Most of these innovations just consist of further refinements to the mini-miracle users today tote around in their bag or briefcase. However, sometimes someone thinks outside the box to invent a really different sort of application. 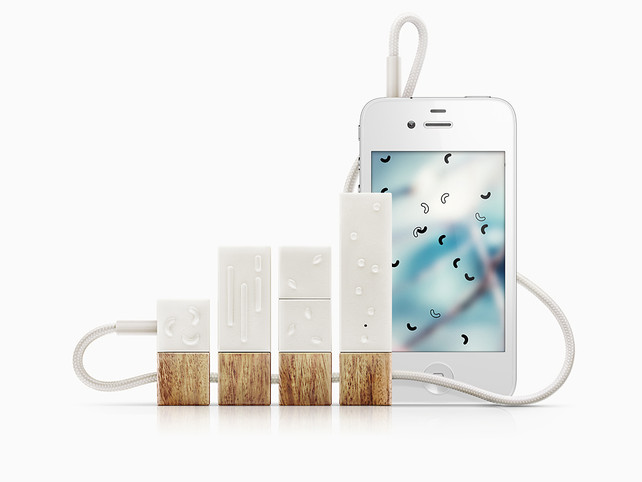 A company named Lapka has created an accessory for the iPhone, which has been dubbed as a ”personal environment monitor”. The program is designed to gather data, such as humidity, temperature, radiation and electromagnetic frequencies, and also claims that it can check whether or not one’s food is organic. For around a couple hundred dollars, consumers, food safety advocates and worried mothers will be able to insert an adapter into their iPhone, and the device’s sensors will activate when the user inserts a metal probe into her food to check for nitrates.

Nitrates are chemical compounds commonly found in inorganic fertilizers. A small amount of ingested nitrate is converted into nitrite in the human body, and an excess of this can cause a dangerous disorder that reduces the blood’s ability to carry oxygen. A precursor of excess nitrite in the human system, or nitrite toxicity, can be low stomach acid. Common conditions associated with low stomach acid include asthma, hepatitis, food allergies and gallstones.

Nitrate can also decompose to create the gaseous molecule nitric oxide. A larger than average amount of nitric oxide has been found in the cerebrospinal fluid of multiple sclerosis patients. Although the higher than average levels haven’t been directly implicated in MS, these levels can be considered distinct and unusual enough so that those living with multiple sclerosis may wish to monitor their nitrate consumption for possible effects on their condition.

This new Lapka plug-in has many uses for the health-conscious, as well as for those affected by chronic health issues; but the invention also appeals to the merely curious as well. For example, temperature readouts show how normal the weather is where the user is located. Another feature, danger screens resembling a red pool, show when an area has dangerously high levels of radiation. A smart analogue component takes into account the reader’s location, then advisory prompts explain the next steps to take.

Whether one is living with a serious medical condition, wishes to protect a vulnerable loved one, monitor food allergies, or simply understand one’s environment better, this new plug-in is a great idea.