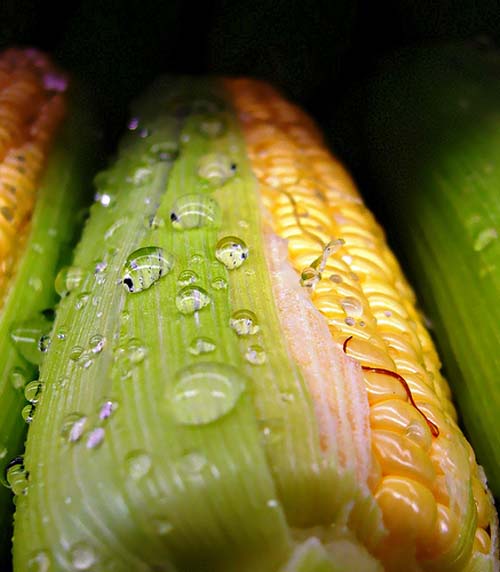 The battle to avoid genetically modified foods may have just gotten a lot harder, as the world’s largest retail operation has recently announced that it plans to sell genetically modified cornwithout any labeling to warn consumers. Walmart will begin selling the genetically modified corn, produced by Monsanto and other large scale agribusiness, in all of its stores across the country in the coming weeks. That’s a significant departure from its competitors, all of whom have declined to sell the product entirely.

Many activists have worked to keep Monsanto’s genetically modified corn off store shelves nationwide. Their campaign, to date, has been relatively effective. Major retailers like Trader Joe’s and Whole Foods have refused to sell GMOs, with or without the labeling that indicates the corn is a genetically modified product. Even General Mills, which routinely uses corn in many of its products, has declined to use the corn. Activists are concerned about the corn’s health risks, many of which are undocumented and untested.

Those concerns seem to have been resonating with many of the country’s largest retail outlets and manufacturers, until Walmart made the controversial decision to sell the corn. As if to add insult to injury, the company has decided to leave the product without any labeling that identifies it as a genetically modified product.

That’s standard practice when GMO corn is used in processed foods, but is typically not the case when these products are sold directly to consumers. Food safety advocates argue that this puts many customers at risk, as they simply don’t know about the health risks associated with Monsanto’s corn, nor do they know that the corn has even been genetically engineered.

Why Concerns Over GMO Corn?

Genetically modified corn has been used in processed food for quite some time, and there has been relatively minimal activism against its inclusion in products like cereal and condiments. But that is not the case with Monsanto’s full ears of corn, which have raised quite a few concerns. That’s because the company producing this corn also makes Roundup pesticide that is used on crops like corn. The company uses its Roundup products on all of the genetically modified corn it produces and sells to major manufacturers and retail outlets.

Most of the food safety advocates’ concerns relate to the BT toxin, found in Monsanto’s Roundup line of pesticide products. The residue left behind by these products has been found in the bloodstream of expecting mothers and fetuses who have eaten products produced with genetically modified corn produced by Monsanto.

Though the effects of this are still unknown, many people are demanding a ban on the sale of this corn until the health implications of the BT toxin can be fully researched and understood. That means compounding blood and legal DNA tests to search for patterns and damage. Because these effects are not yet understood, virtually every country outside the United States has already enacted a ban on Monsanto’s products.

No Requirement for Labeling GMO Food

Compounding the problem is that the US Food & Drug Administration has not released guidelines or requirementsfor labeling genetically modified food on store shelves. This means that consumers have no idea whether or not they’re buying a genetically modified product, nor do they have any idea whether or not they’re exposing themselves to the potentially harmful BT toxin found in Monsanto’s pesticides and in the bloodstream of expecting mothers.

Walmart’s actions will likely only exacerbate the gap between the companies selling genetically modified products and the groups that are seeking to protect customers from potentially harmful chemicals. Walmart has said it has found no evidence linking the genetically modified corn to toxins or health problems and, until such evidence is presented, it will continue to sell the product.