For-Profit Probation Services are Jailing People for Being Poor

As our nation’s economy continues to flounder, an increasing number of municipalities are incarcerating people who can not afford to pay for tickets and misdemeanor fines. Some regions have turned over government services, such as probation, to private for-profit companies. Their court systems are attempting to raise income by imprisoning the most vulnerable — trying to balance their budgets on the backs of the poorest and most disenfranchised people in our society. 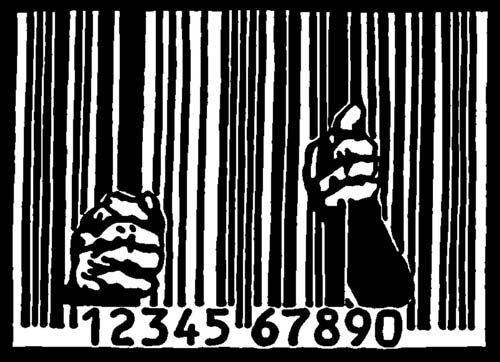 Companies such as Judicial Correction Services, which is based in Georgia, function not as probation officers, but as bill collectors. They are given the authority to say to a person if she does not pay the all of the accrued fines, she will be sent directly to jail. Cash-strapped counties across the country have been greatly inflating fines, fees and penalties for minor infractions, as for-profit businesses are now distorting our judicial system into a capitalist model, not one that administers “rehabilitation”.

The New York Times reported on this egregious revival of the debtor’s prison, and how it is disproportionately  impacting those who are poor, sick and struggling:

“Half a century ago in a landmark case, the Supreme Court ruled that those accused of crimes had to be provided a lawyer if they could not afford one. But in misdemeanors, the right to counsel is rarely brought up, even though defendants can run the risk of jail. The probation companies promise revenue to the towns, while saying they also help offenders, and the defendants often end up lost in a legal Twilight Zone.

Here in Childersburg, where there is no public transportation, Ms. Ray has plenty of company in her plight. Richard Garrett has spent a total of 24 months in jail and owes $10,000, all for traffic and license violations that began a decade ago. A onetime employee of United States Steel, Mr. Garrett is suffering from health difficulties and is without work. William M. Dawson, a Birmingham lawyer and Democratic Party activist, has filed a lawsuit for Mr. Garrett and others against the local authorities and the probation company, Judicial Correction Services, which is based in Georgia.

‘The Supreme Court has made clear that it is unconstitutional to jail people just because they can’t pay a fine,’ Mr. Dawson said in an interview.

In Georgia, three dozen for-profit probation companies operate in hundreds of courts, and there have been similar lawsuits. In one, Randy Miller, 39, an Iraq war veteran who had lost his job, was jailed after failing to make child support payments of $860 a month. In another, Hills McGee, with a monthly income of $243 in veterans benefits, was charged with public drunkenness, assessed $270 by a court and put on probation through a private company. The company added a $15 enrollment fee and $39 in monthly fees. That put his total for a year above $700, which Mr. McGee, 53, struggled to meet before being jailed for failing to pay it all.

‘These companies are bill collectors, but they are given the authority to say to someone that if he doesn’t pay, he is going to jail,’ said John B. Long, a lawyer in Augusta, Ga., who is taking the issue to a federal appeals court this fall. ‘There are things like garbage collection where private companies are O.K. No one’s liberty is affected. The closer you get to locking someone up, the closer you get to a constitutional issue.’

The issue of using the courts to produce income has caught the attention of the country’s legal establishment.  A recent study by the nonpartisan Conference of State Court Administrators, ‘Courts Are Not Revenue Centers,’ said that in traffic violations, ‘court leaders face the greatest challenge in ensuring that fines, fees and surcharges are not simply an alternate form of taxation.’

J. Scott Vowell, the presiding judge of Alabama’s 10th Judicial Circuit, said in an interview that his state’s Legislature, like many across the country, was pressuring courts to produce revenue, and that some legislators even believed courts should be financially self-sufficient…”

You can read the entire NY Times article here.