At the recent United Nations Conference on Sustainable Development,  Rio+20, New Zealand teenager Brittany Trilfold told the world to stop bickering and focus on protecting the environment better for her future and for the future of the world. Twenty years previously, 12-year-old Severn Cullis-Suzuki had done the exact same thing.

This insight from these youth is much-needed advice for the two largest polluting economies in the world, the US and China. Both are significant emitters of greenhouse gases, and both are constantly bickering. It is now widely recognized that China with its smog-choked cities and air polluted rural areas suffers from severe air-pollution problems — but exactly how much still causes conflict. The most recent environmental skirmish is over air pollution monitoring by the US embassy in China.

China objects to the US releasing its air pollution statistics publicly, especially over the internet. The United States considers it their responsibility to keep its citizens in China aware of the environmental conditions that could impact their health; so they openly publishes air quality data in three cities (Beijing, Shanghai and Guangzhou).

The Chinese government considers this to be interference in their internal affairs, and also finds the use of single-point monitoring by the US to be unscientific. They believe that a machine collecting data at a single-point can hardly reflect the true condition in the entire city, a point with which the US is in agreement. But the data is accessible worldwide andalso used by the local Chinese citizens to spur their government into taking environmental action.

Undoubtedly, most people agree with the sentiment of Rio’s outspoken youth more than the infighting politicians. Public awareness and consciousness of environmental issues have been the source of much pressure on governments in the past which were then forced to seek environmentally sound policies. For example, the formation of the Sierra club in the United States significantly pressured the US to strengthen their environmental policies. The Chinese people also deserve credit for prodding action from their government. 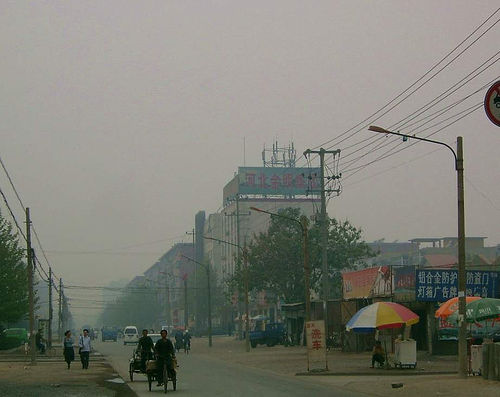 Chinese citizens continue to protest, and hopefully the government will eventually respond. Last September saw rioting over the polluting of a river by a solar-power manufacturing factory in Zhejiang province: About a tenth of China’s rivers suffer from severe pollution. The town of Haimen saw violent protests over the construction of a power plant that would have had adverse health implications. The Chinese Premier Wen Jiabao had to heed to public outcry earlier this year and direct authorities to be more cognizant of unhealthy air quality.

Both public reaction and awareness of their environment are fast growing in China. Almost 80% of the people in China are willing to sacrifice some economic growth to have better air to breathe, cleaner rivers and better environmental protection (Gallup survey of 2011). So, the citizens have spoken. But will the governments stop bickering and start acting on sound resolutions?