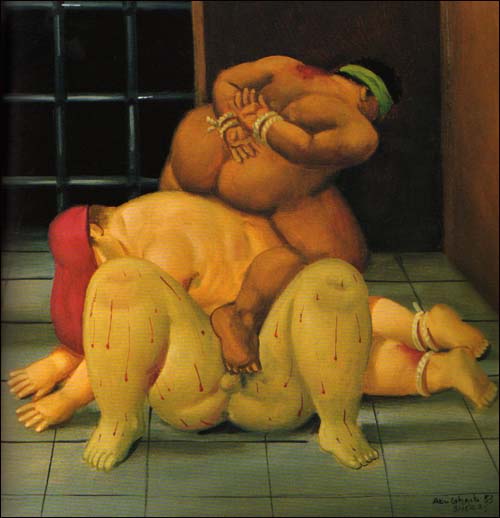 An Obama-appointed federal judge, Katherine Forrest, has just ruled that the administration’s indefinite detention provisions are indeed unconstitutional, and likely violate both the 1st and 5th Amendments. The landmark ruling came as part of a lawsuit brought by seven different plaintiffs — including Chris Hedges, Noam Chomsky, Daniel Ellsberg and Birgitta Jónsdóttir — who are all claiming that the NDAA violates:

The federal court found that the NDAA violates our Fifth Amendment right to due process rights because the statute is so incredibly vague that it is nearly impossible to know what specific behavior could potentially subject one to indefinite secret military detention.

In Salon this week Glenn Greenwald wrote about this important judicial ruling, explaining why it appears likely that the plaintiffs’ lawsuit challenging Obama’s extreme overreach will prevail:

“The court found that the plaintiffs have ‘shown an actual fear that their expressive and associational activities’ could subject them to indefinite detention under the law, and ‘each of them has put forward uncontroverted evidence of concrete — non-hypothetical — ways in which the presence of the legislation has already impacted those expressive and associational activities’ (as but one example, Hedges presented evidence that his ‘prior journalistic activities relating to certain organizations such as al-Qaeda and the Taliban’ proves ‘he has a realistic fear that those activities will subject him to detention under § 1021’).

Thus, concluded the court, these plaintiffs have the right to challenge the constitutionality of the statute notwithstanding the fact that they have not yet been detained under it; that’s because its broad, menacing detention powers are already harming them and the exercise of their constitutional rights.”