Richest 1% Continue to Fuel Even Greater Income Inequality in U.S.

The United States is becoming an increasingly severely stratified plutocracy. The Center on Budget and Policy Priorities just released a new study proving that the richest 1% are continuing to amass greater and greater amounts of wealth, while the rest of the population is still struggling financially. 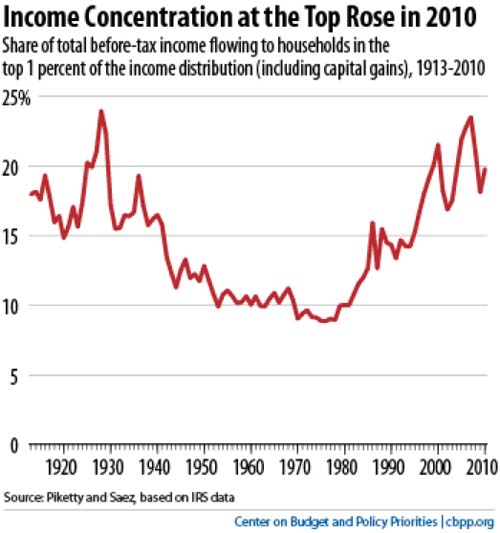 The organization’s new data was created by Saez and his colleague Thomas Piketty, and it carefully analyzed 2009 and 2010 pre-tax IRS income. Their economic research shows that:

•In contrast, the average income of the bottom 90% of households fell substantially during the recession in both 2008 and 2009, remained at its lowest level since 1983, in inflation-adjusted dollars.

This data illustrates the extreme concentration of income in the hands of just a few bloated plutocrats. Two-thirds of the nation’s total income gains went to only the top 1% in the United States; the wealthiest 1% have now amassed a larger proportion of income than ever. 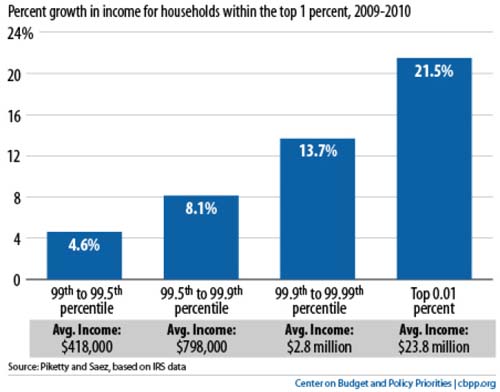 This growing income inequality gap from the last few years makes for a very volatile and unstable economy. It also continues a longer-term wealth distribution trend that began in the late 1970s, and is showing no sign whatsoever of reversing course. 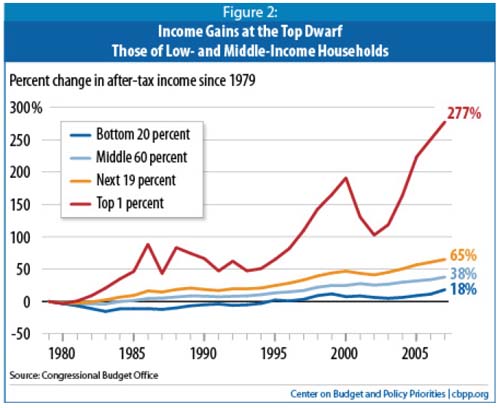