Is the U.S. Slowly Becoming an Extremist Theocracy?

Last week the Arizona Senate voted 20-9 to pass a law which would allow doctors to lie to women to prevent abortions. This legislation was created under the guise of shielding doctors from potential “wrongful birth” lawsuits, which might happen if physicians withhold important information from pregnant women about severe prenatal problems that could influence them to terminate their pregnancy. Similar legislation, HR 2598, has already been introduced in Kansas.

With the increasing zealotry of religious extremists like Rick Santorum, who wants to outlaw all birth control, as well as various states across the country forcing invasive mandatory transvaginal probes upon women before the government will allow them to have an abortion, I wonder if the United States has lost its way? Are we now slowly becoming an intolerant religious theocracy? 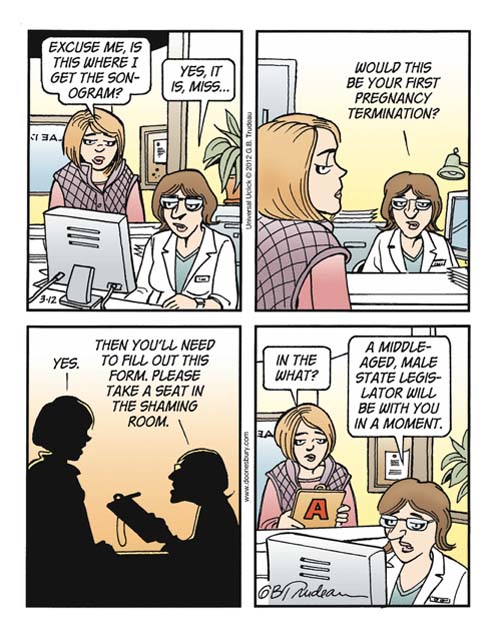 It is difficult to find humor in these brutal assaults upon women’s health, but not impossible. On the comics page recently Doonesbury has been dealing with the invasive forced ultrasound issue, as well as the systematic war that is being waged upon women by Republicans. Although you may have trouble finding the incisive comic this week, as many newspapers have chosen to censor the cartoon. Is this what “democracy” looks like? 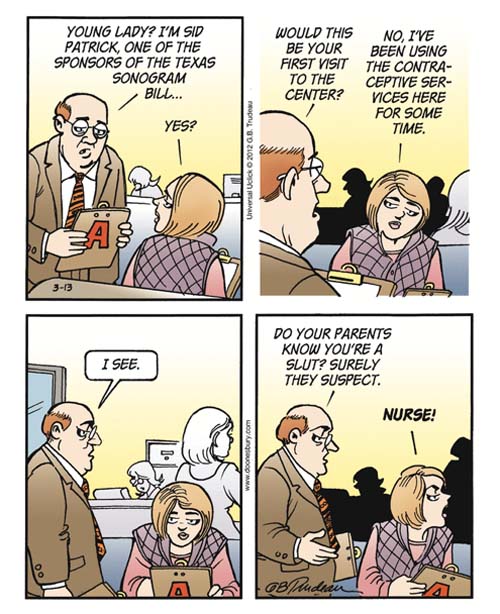