I don’t know about you, but when I saw this map illustrating where all the McDonald’s locations are situated, it seemed apparent to me that there just might be a correlation between where these fast food restaurants are and where obesity is most prevalent in the United States. What do you think? 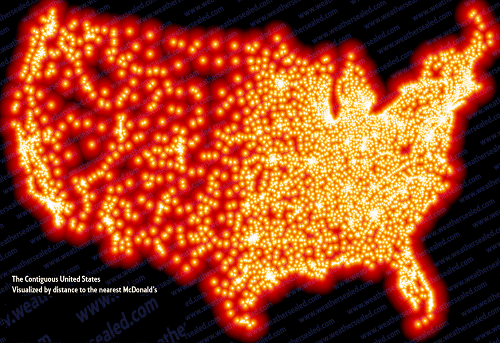 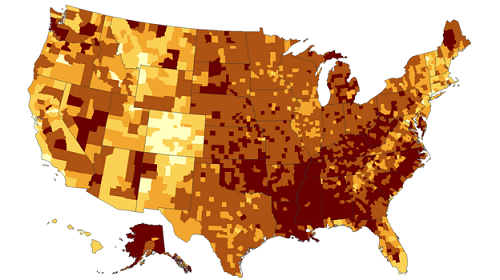 CDC 2008 map of Obesity in America

The link between obesity and the prevalence of fast food restaurants has actually already been proven, not to mention stroke risk. A few years ago Rhonda Winter wrote about mapping food deserts, and research that extensively studied just these health issues:

“Would you like a stroke with your cheeseburger? Scientists have found that your chances of becoming seriously ill may actually be related to how many Burger Kings and KFCs are operating in your town. Researchers at the University of Michigan have discovered that the risk of stroke increases with the preponderance of fast-food restaurants in a neighborhood.

In the recently published study, Texas residents with the highest number of fast-food restaurants had a 13% higher relative risk of suffering strokes than those living in areas with the lowest number of restaurants. Each additional McDonald’s, Jack in the Box or Taco Bell also increased the risk of stroke by 1%.”

Read more about the relationship between stroke & fast food restaurants 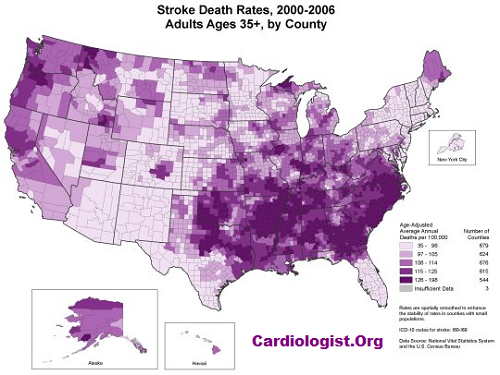