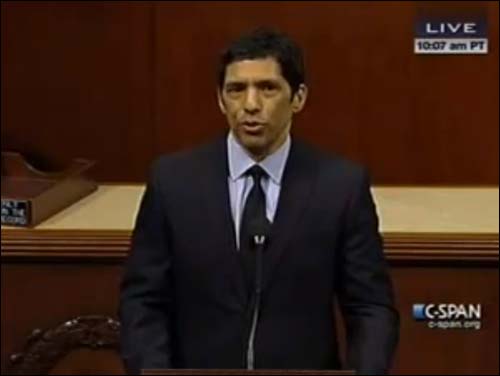 This week Michigan Representative Hansen Clarke introduced the Student Loan Forgiveness Act, HR 4170, into Congress. The legislation is intended to work both an an economic stimulus and as a tool to help those being crushed by increasingly huge amounts of education debt.

Hansen’s proposed bill will allow for all student loans to be forgiven if the borrower can make payments equivalent to 10% of their discretionary income for 10 years. After that point in time, the entire remaining balance of their federal student loan debt would then be expunged. When introducing the legislation on the House floor, Clarke passionately proclaimed that:

For years Congressman Clarke has been a tireless advocate for making college more affordable for people, and has been working to help forgive student debt as a part of a powerful economic stimulus plan. He has also harshly reprimanded student loan companies for their cruel corporate greed, and has publicly criticized their predatory fee policies.

This new legislation is smart and very much needed, especially considering our current dire economic climate. I can think of nothing that would have a more immediate positive impact upon the lives of millions of struggling individuals than to be relieved of the oppressive burden of their student loan payments. Being able to get an education should not thrust someone into financical ruin.