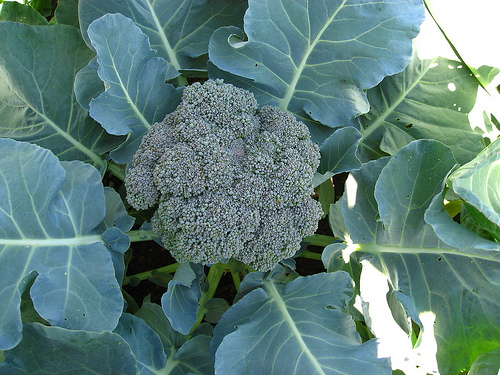 I guess mom was right — eating your broccoli really is good for you.  A recent study by the Linus Pauling Institute, in coordination with Oregon State University, found evidence that broccoli and other plants in the cabbage family (Cruciferae) have significant cancer prevention properties, due to certain sulfur containing compounds (isothiocyanates) which these plants contain.

Our bodies are able to utilize these sulfurous  compounds to inhibit the growth of cancer, and in some cases, destroy cancerous cells through a process called  apoptosis. The compounds have also been shown to reduce the cancerous effects of carcinogens such as  procarcinogen, which is  found in tobacco.

Vegetables Can Stop Cancer Before It Starts

The protective qualities of isothiocyanates  have also  been shown to protect our bodies from cancer even before cancerous DNA mutations have formed. It protects the body from cancer in two ways; first, these substances have  shown antibacterial effects against Helicobactor Pylori (including anti-biotic resistant varieties), a major contributor to stomach ulcers, and a possible precusor to stomach cancer.

In one study eating 11 oz. of brussel spouts over the course of just one week completely eradicated Helicobacter Pylori in 3 of 9 patients suffering from gastritis. Isothiocyanates also have proven anti-inflammatory effects upon our bodies.  Inflammation can increase the risk of developing cancer.

How To Cook Broccoli/Cabbage Family Vegetables

According to the Linus Pauling Institute, the way you cook these vegetables also makes a difference. If you are trying to extract the greatest quantity of isothiocyanates, light steaming or briefly microwaving seems to be the best, while boiling and high power microwaving is not ideal.

The report did not mention the many benefits from sauerkraut, one of my favorite ways to eat cabbage. Being from the South, I also noticed that they failed to recommend battered and deep fat frying methods, or the health benefits from slathering vegetables in lots of sugary ketchup.

Cruciferous plants are named for their  beautiful flowers, which look like a cross. The Cruciferae family contains many different vegetables, all of which have varying quantities of isothiocyanate cancer preventing precursors (glucosinolates). Below is a list of the best sources of cancer preventing crucifers:

A few recipes that look delicious:

Photo of  broccoli by linda N.
Photo of cabbage by Jasmine&Roses
Photo of child with Kale by Woodleywonderworks
Photo of kohl rabi by Simon Blackley
Photo of brussel sprouts by Elaine with Grey Cats
Photo of crucifer flower by Northbay Wanderer
Photo of Cress by Girl Interupted Eating