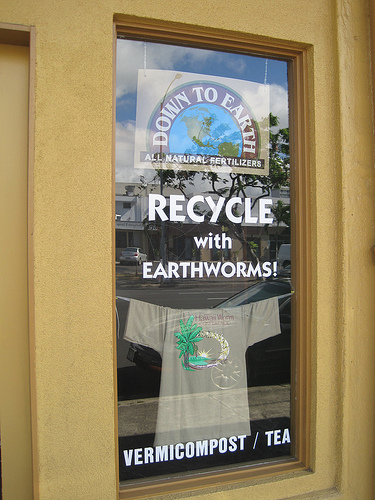 Want a recycling crew to start working up the soil? Get a batch of worms.

For everyone who is getting their gardens ready for planting, a thriving population of earthworms is absolutely essential. I enjoyed this Australian website’s reference to Charles Darwin, who sang the praises for worms in 1881:

“Of all animals, few have contributed so much to the development of the world, as we know it, as these lowly creatures.”

Healthy soil contains plenty of active earthworms and other soil life. Garden masters argue that earthworms improve soil structure and tilth by opening channels through which water, air and roots can travel to more easily assisting plant growth. Earthworms also redistribute nutrients throughout the soil when they feed and excrete at different depths, adding to soil life and plant health.

Here’s a quick summary about earthworms provided by Earthwormsinfo:

Many thanks to Earthwormsinfo for this solid information on recycling sustainability in action.