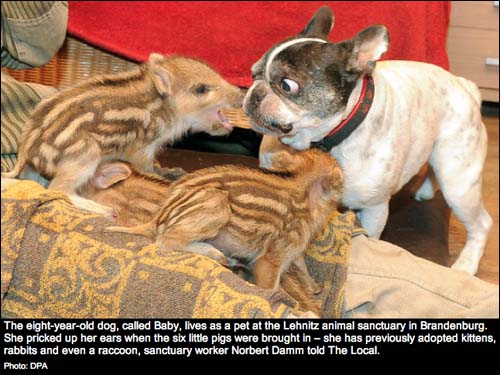 In Germany a French Bulldog adopted a litter of six piglet orphans who had been found cold and starving in the woods near Brandenburg. The tiny wild boars were only four days old, and would have soon perished alone on their own. Their parents were thought to have been possibly killed by hunters. 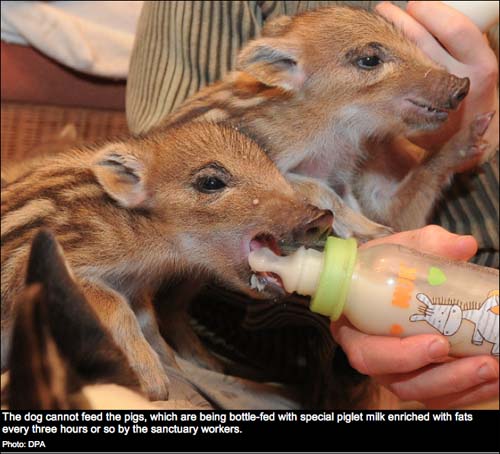 The nurturing canine mother is named Baby; she was immediately drawn to the abandoned orphaned little pigs when they were first brought into the animal sanctuary. The Local detailed this heartwarming story of the rescued piglets and their devoted dog caretaker:

“We don’t know what happened to the mother boar, whether she was hunted or what. But someone found the little pigs and brought them to us on Saturday. They were only four days old as far as we can tell. You can hold one in your hand, although they are a little bit bigger than a hand.

Baby went straight to them; she has an amazing mothering instinct. She has adopted cats, rabbits and a raccoon in the past.”

Even after the wild boars were rescued and fed, they were still extremely frail and weak. Now the entire litter all snuggles up next to their foster parent Bulldog to sleep together and stay warm.

The tiny pigs are being fed by bottles filled with specially enriched milk. After a few months of care the boars will all be released onto a protected land preserve nearby. 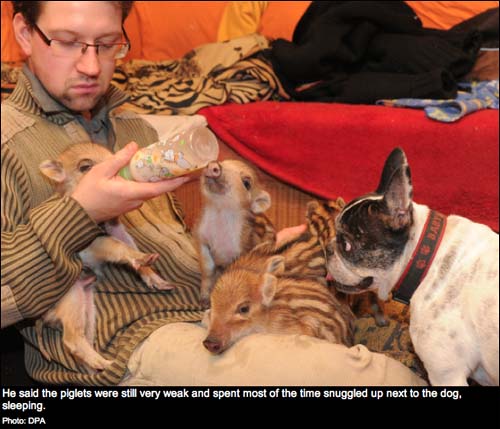