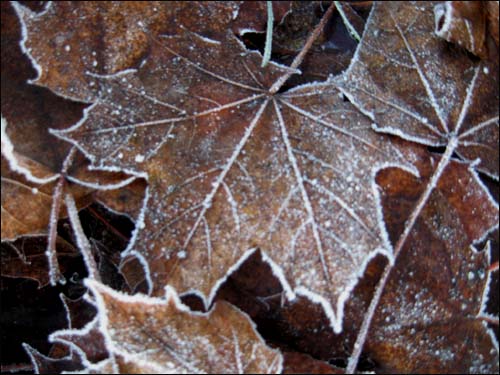 A light powdery frost had blanketed the forest on the night before Kwanzaa in Cascadia Meadow; all of the creatures were busy doing for others, sharing kindness and good will. Many members of the extended collective had travelled great distances to join together for the General Assembly community meeting that was to be held that very evening.

As the two large grey beavers slowly made their way to the entrance of the great communal lodge for the seasonal gathering, Frieda told her partner Trotsky of her most recent vision:

“Klaus is still alive. He is in good health, and continues to work organizing the disenfranchised union members in Wisconsin. His image came to me last night in a painting, and he told me of the labor movement’s successful progress in the region.”

A wave of happy relief washed over Trotsky’s furry face as she heard the good tidings. No one had spoken directly with Klaus for weeks — and working very closely with the humans could often be incredibly perilous — so Frieda’s vision was most welcome news indeed.

“You must let the others know that our son is safe, and that the plan to rebuild the unions is succeeding.”

The elderly beaver parents gazed at each other tenderly, then warmly embraced for a moment before they both entered the great hall together, just as one of the brave revolutionary leaders, Elizabeth Warren, had begun her address to the gathered General Assembly:

“After the global upheaval, the cooperative revolution was a rather ordinary and practical transformation. We all joined together in liberation to seize the means of production, abolishing centuries of oppressive entrenched hegemonic ideologies, and re-imagined what was possible.

As you know, our two season old open source constitution is a living document, and continues to evolve. Please allow me to now read aloud the suggested recommendations from the Consensus Committee of elected regional advocates for these revisions to our guiding principles of the cooperative economic charter:

Our growing young system is comprised of many horizontally integrated regionally structured centers of collectively-run enterprises, linked together in common purpose within our interconnected non-monetary economy. A multitude of diverse autonomous local cooperatives belong to our network, which is subordinate to our inclusive community-wide collective, which represents all creatures.

All resources and surpluses are re-invested and shared, according to need. Our decentralized groups of interdependent co-ops will remain self-managed, utilizing transparent open source participatory democracy and consensus.

This more balanced dispersal of power helps us to create thriving community institutions, which promote self-determination, cooperation, meaningful purpose and responsibility. The ultimate goal of our labor is the successful reconstruction of a healthier, more viable and sustainable vital local community, which respects and values all life equally.”

As the last of Elizabeth’s powerful words echoed through the great wooden hall, there was a moment of silence before a tremendous cheer of approval rang out from all of the assembled creatures.

This is the twenty-fourth installment of Sanctuary City, an ongoing fictional serial which appears monthly in Ecolocalizer.

You can read the previous chapter here.