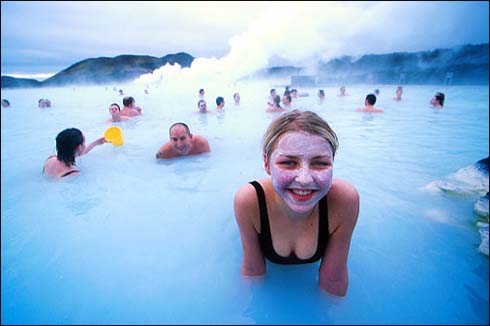 My friend Pam recently directed me to this important article, “Why Iceland Should be in the News but is Not”, which describes how Iceland has completely transformed their financial institutions, as well as their entire democratic process. The story of how the European nation is recovering from bankruptcy three years ago, the sensible economic reforms implemented, and the radical public process of drafting an open source constitution, are amazing examples which all countries could easily successfully emulate.

The article explains that back in 2003 all of Iceland’s banks had been privatized, as part of a severely flawed plan to attract foreign investment. The nation’s financial institutions’ accounts attracted many English and Dutch investors, and the banks’ foreign debt skyrocketed. Eight years ago Iceland’s national debt was equal to 200 times its GNP, but in 2007, it had ballooned to a very volatile 900% ratio. The global financial crisis three years ago was what finally drove the overextended country into the abyss of bankruptcy. The three main Icelandic banks, Landbanki, Kapthing and Glitnir, failed and were nationalized. At one point the national currency lost 85% of its value in relation to the Euro.

But in the aftermath of Iceland’s complete financial disaster meltdown, something truly amazing happened. The banks tried to force the nation’s populace to pay for their own mistakes and debt, but the Icelanders resoundingly said no. Deena Stryker explains how Iceland’s citizens organized together to systematically fight back against and prosecute the banks that drove their country off an economic cliff:

“…What happened next was extraordinary. The belief that citizens had to pay for the mistakes of a financial monopoly, that an entire nation must be taxed to pay off private debts was shattered, transforming the relationship between citizens and their political institutions and eventually driving Iceland’s leaders to the side of their constituents. The Head of State, Olafur Ragnar Grimsson, refused to ratify the law that would have made Iceland’s citizens responsible for its bankers’ debts, and accepted calls for a referendum.

Of course the international community only increased the pressure on Iceland. Great Britain and Holland threatened dire reprisals that would isolate the country. As Icelanders went to vote, foreign bankers threatened to block any aid from the IMF. The British government threatened to freeze Icelander savings and checking accounts. As Grimsson said:

‘We were told that if we refused the international community’s conditions, we would become the Cuba of the North. But if we had accepted, we would have become the Haiti of the North.’ (How many times have I written that when Cubans see the dire state of their neighbor, Haiti, they count themselves lucky.)

In the March 2010 referendum, 93% voted against repayment of the debt. The IMF immediately froze its loan. But the revolution (though not televised in the United States), would not be intimidated. With the support of a furious citizenry, the government launched civil and penal investigations into those responsible for the financial crisis. Interpol put out an international arrest warrant for the ex-president of Kaupthing, Sigurdur Einarsson, as the other bankers implicated in the crash fled the country.

But Icelanders didn’t stop there: they decided to draft a new constitution that would free the country from the exaggerated power of international finance and virtual money. (The one in use had been written when Iceland gained its independence from Denmark, in 1918, the only difference with the Danish constitution being that the word ‘president’ replaced the word ‘king’.)

To write the new constitution, the people of Iceland elected twenty-five citizens from among 522 adults not belonging to any political party but recommended by at least thirty citizens. This document was not the work of a handful of politicians, but was written on the internet. The constituent’s meetings are streamed on-line, and citizens can send their comments and suggestions, witnessing the document as it takes shape. The constitution that eventually emerges from this participatory democratic process will be submitted to parliament for approval after the next elections.”

This inspiring story of how Iceland intelligently dealt with their financial crisis is a shining example of transparent democracy functioning at its very best. Their open source public process for drafting their new constitution is utterly genius. Why can’t we do that? Everything is out in the open and everyone’s ideas can be integrated. Why is it that we never hear anything in the United States media about Iceland, or this amazing democratic process success story?