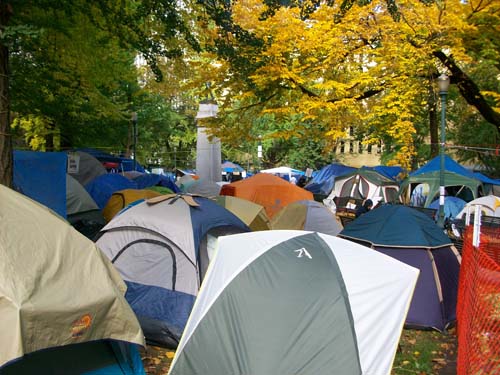 Last Monday we visited the growing encampment of protesters at Occupy Portland in the city’s downtown center. The site had several hundred full time residents, and had already implemented many systems to clean and maintain the small village, as well as to feed, organize and help educate its residents. I was really impressed with the infrastructure that had been developed, and by how well various groups of people were working together. 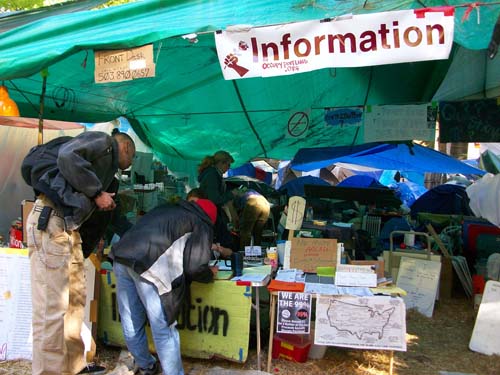 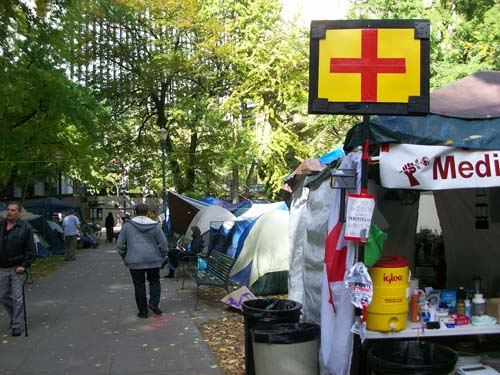 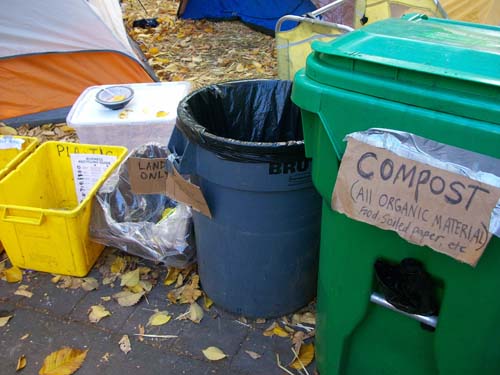 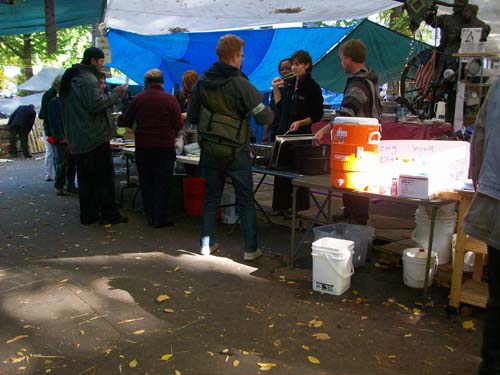 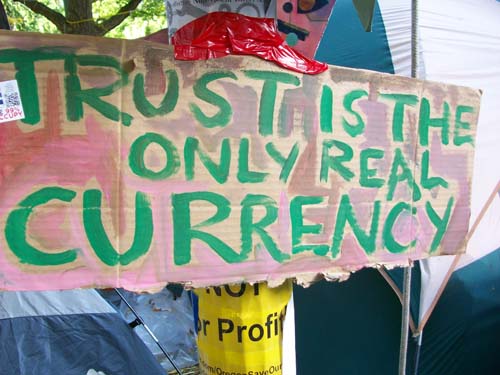 Within moments of entering Occupy Portland a friendly young man offered me half of a donut. I graciously thanked him, took a quarter of the snack, and asked that he share the remainder with someone else. The busy camp was a flurry of activity: there were various conscious-raising groups meeting, workshops being held, a delicious vegan lunch being served to scores of people, children painting, people playing music, as well as organizing. 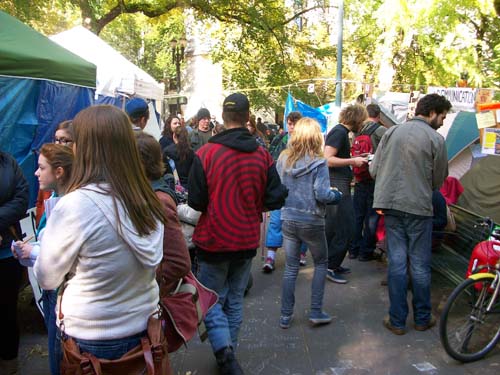 A group of women listen intently during one of the daily educational workshops that are held at Occupy Portland; the village is often packed with many curious visitors. 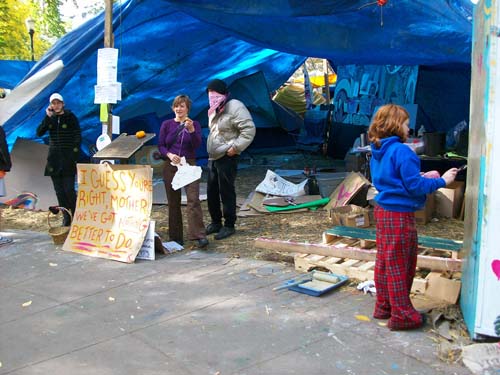 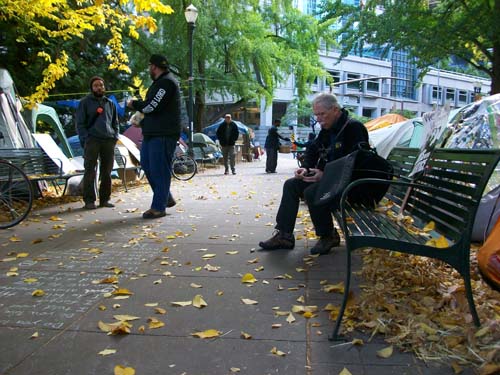 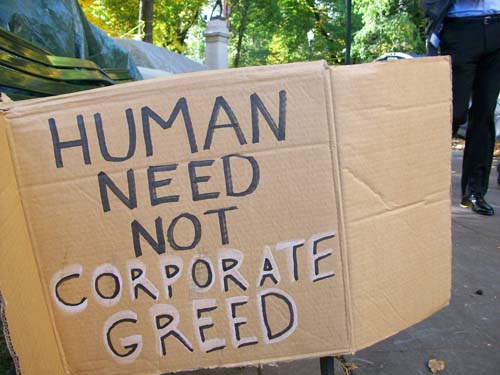 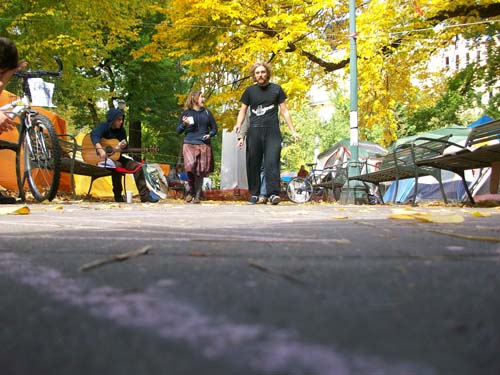 I spoke with a few residents of the camp, who told me how much support they had gotten from local residents and businesses. Donations of medical supplies, clothing and food were pouring in every day. The growing city seems to have been very much intentionally built from its inception with an alternative structure that emphasizes personal responsibility, creativity and sharing. 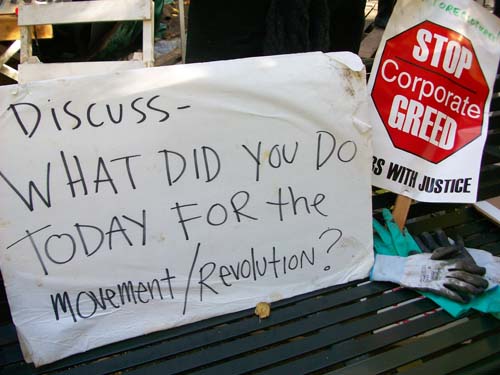 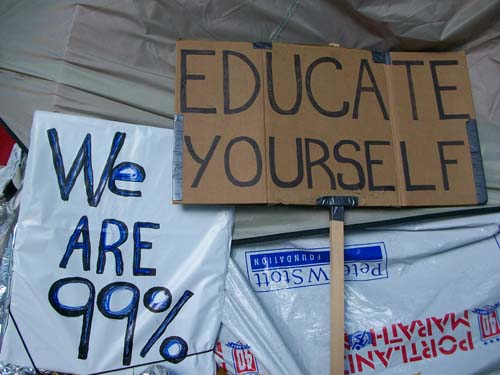 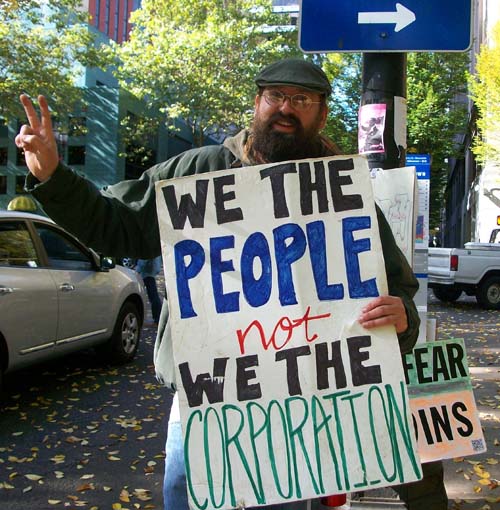 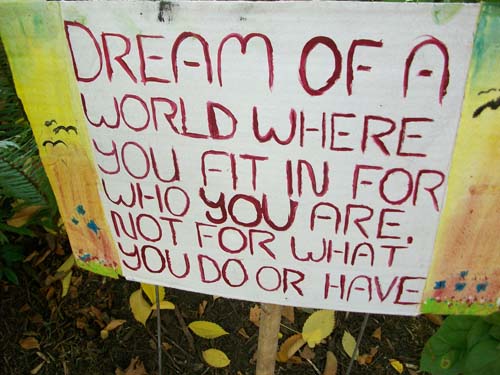 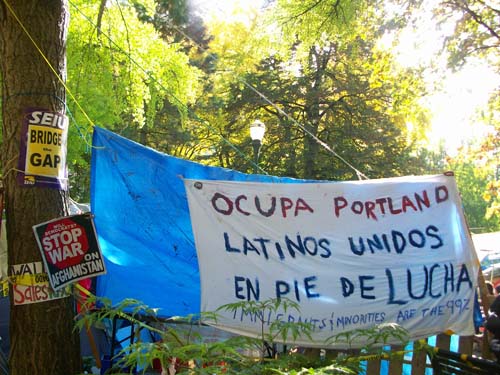 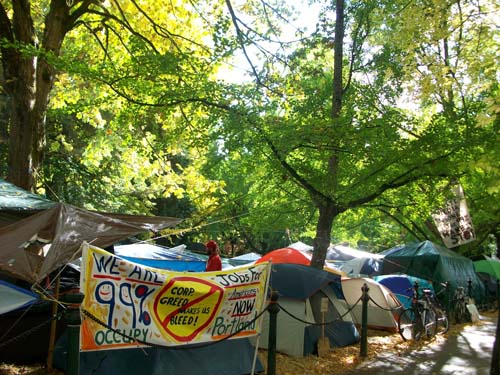 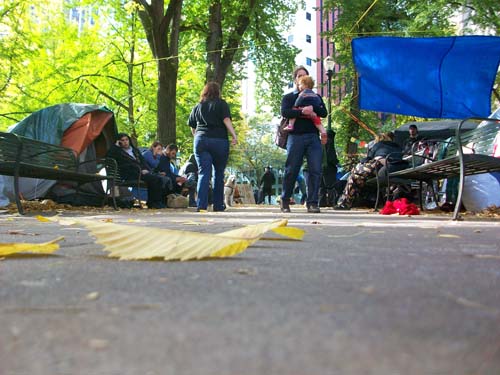 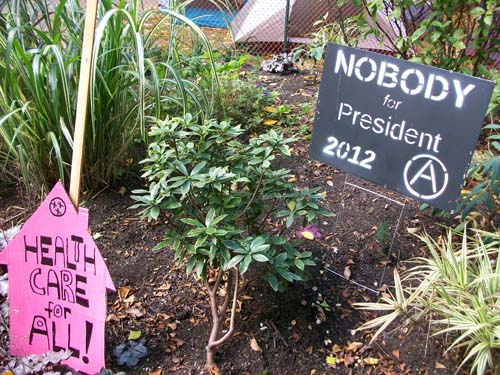 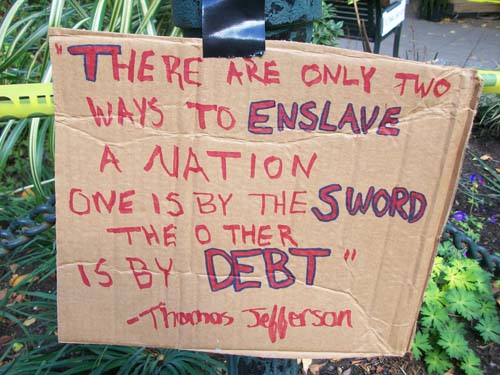 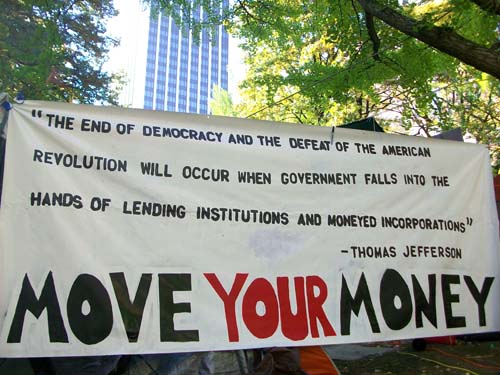 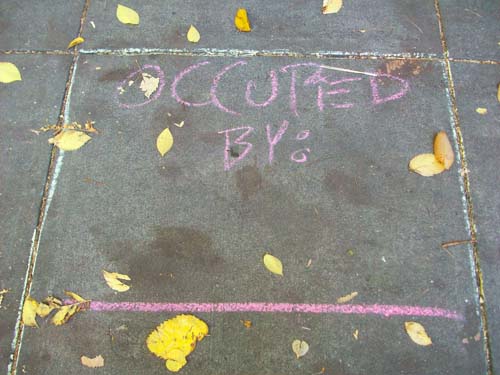 The land where some of the Occupy Portland protesters are now living is actually the very same spot where, on May 10, 1932, the last meeting organizing the birth of the Bonus Army was held, just before a few hundred veterans piled into a train car headed for Washington D.C. to occupy our nation’s capitol. The historic significance of the location was not entirely lost on the current residents; we came across this hand-written sign while we were walking around the camp: 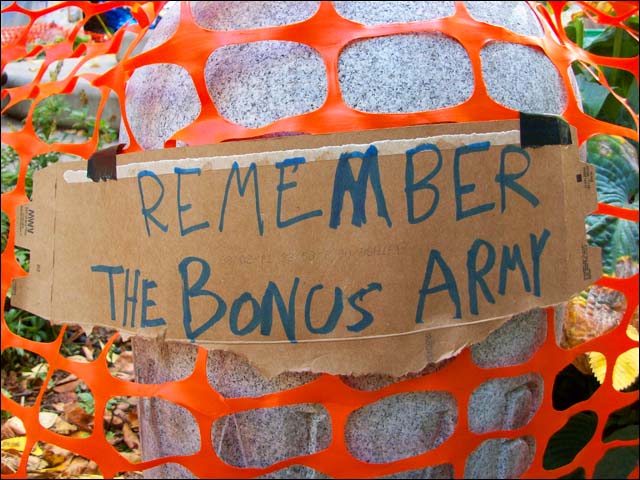 I was genuinely moved by the small functioning society that this disparate group of people built from nothing. The mood when I was there was warm, festive and friendly; the entire place seemed to be vibrantly alive with activity and thriving. Perhaps organized movements like Occupy Portland and Occupy Wall Street are the tangible manifestations that we need for inspiration to better restructure our flawed economic systems, and heal our diseased culture. 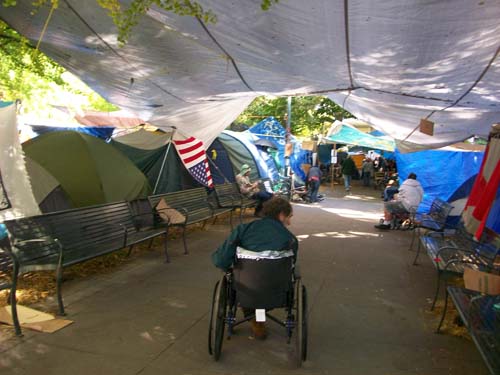 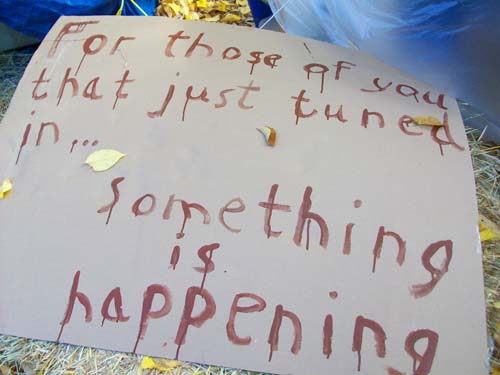